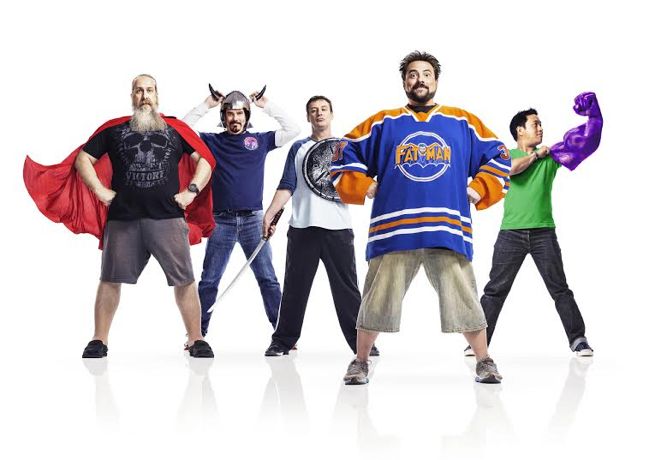 Some viewers have criticized Kevin Smith’s Comic Book Men for having an all-male cast. In an interview with Metro, Kevin Smith explains that he’d love to see that gender disparity reversed, as long as it’s on someone else’s dime.

“I’ve been pushing since season one, ‘Let’s do Comic Book Women,” Smith said. “I know for a fact there’s gotta be some comic book store out there with an all-woman crew. So I’m all for doing it, man. Somebody else has to put up some loot for it though.”

Comic Book Men recently became of one of only two unscripted series remaining on AMC.

Comic Book Men will return for its fourth season on AMC on October 12.

Kevin Smith Wants There To Be A Comic Book Women Show