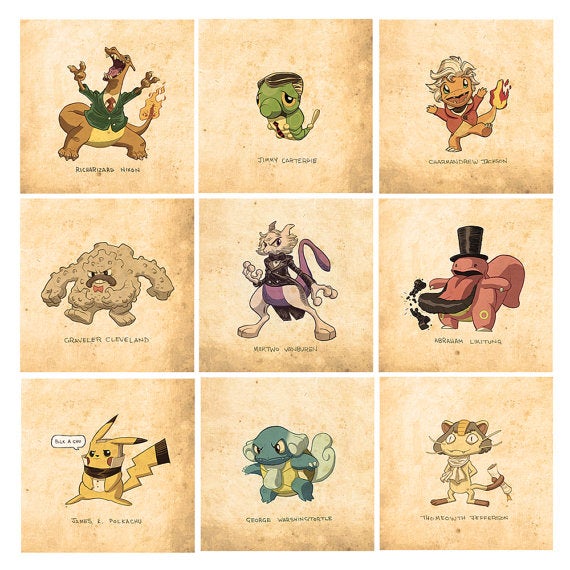 All rise for President Pikachu.

The Pokemon franchise’s most iconic pocket monsters were sworn into the Oval Office from Salt Lake City artist Brandon Dayton. By reimagining iconic character as United States presidents that they shared an uncanny resemblance to, Dayton brought the political Pokemon to life through custom art prints.

It’s possibly one of the most clever Pokemon mashups we’ve seen in some time. It even goes the extra mile to meld the Pokemon’s names with their respective commander-in-chief. There’s Charmander Jackson, Graveler Cleveland, Martwo Van Buren, and the true standout—Charizard Nixon. I mean, Charizard ignored the rules in the original Pokemon series too, right?

You can purchase Dayton’s awesome prints on his Etsy page here. All we can say is, this gives the notion of “Pokemon Red” and “Pokemon Blue” an entirely new meaning.

If Pokemon Were Presidents