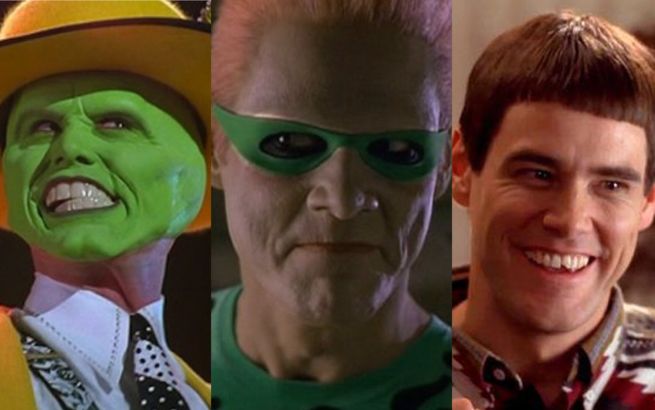 Jim Carrey is a Canadian-American actor, who is best known for a variety of comedic roles in numerous movies.

Jim Carrey has played three different roles based on comic book characters. Carrey played Stanley Ipkiss in The Mask, The Riddler in Batman Forever, and Colonel Stars and Stripes in Kick-Ass 2. However, he refused to do promotional work for Kick-Ass 2, saying he couldn’t support the level of violence in the film.

Carrey has also appeared in such well known films as Ave Ventura: Pet Detective, Dumb and dumber, Ace Ventura: When Nature Calls, The Cable Guy, Liar Liar, The Truman Show, Man on the Moon, Dr. Seuss. How The Grinch Stole Christmas, The Majestic, Bruce Almighty, Eternal Sunshine of the Spotless Mind, Lemony Snicket’s A Series of Unfortunate Events, Horton Hears a Who, Yes Man, I Love You Phillip Morris, Mr. Popper’s Penguins, and Dumb and Dumber To. Carrey won Best Actor Golden Globes for his work on The Truman Show and Man on the Moon.