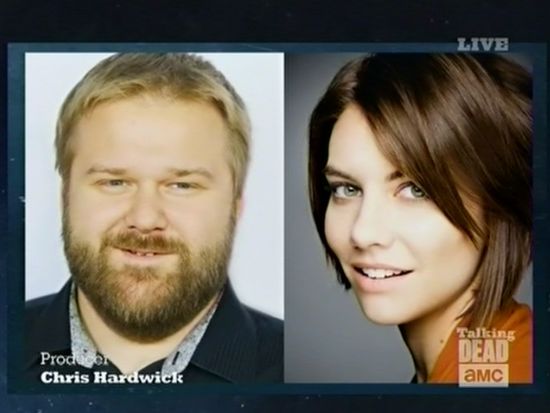 After tonight’s “Too Far Gone” episode of The Walking Dead, there is an hour long Talking Dead. Chris Hardwick is the host of the Talking Dead.

On tonight’s episode of Talking Dead, the guests are Walking Dead creator Robert Kirkman and actress Lauren Cohan, who plays Maggie Green on The Walking Dead. There will also be a mystery Walking Dead cast member appearing.

Since Hardwick did not reveal who the mystery cast member would be, it’s probably a pretty good bet that whoever it is gets killed off on the mid-season finale.