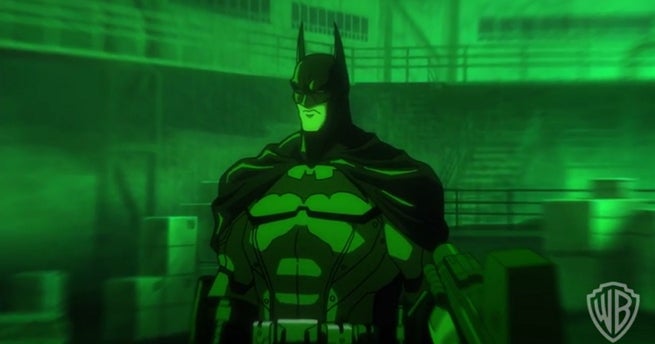 A new clip from Batman: Assault on Arkham has been released online.

The clip shows Batman getting the drop on his opponents, despite the fact that they were equipped with night vision goggles.

In Batman: Assault on Arkham, set in the same universe as the Batman Arkham game series, when the government teams up a group of supervillains with the code name Suicide Squad and forces them to break into Arkham Asylum to bring back top secret information the Riddler has stolen, Batman soon becomes involved. But things go from bad to worse when one of the Squad (Harley Quinn) frees the Joker, who has the means to not only blow up the asylum, but most of Gotham City as well.

Batman: Assault on Arkham made its world premiere at Comic-Con International: San Diego, and will go on sale August 12.