Here we go again! Just moment ago, news broke that another star been added to DC Film's Justice League. Ciaran Hinds from Game of Thrones will play Steppenwolf in the ensemble flick according to The Wrap.

The site is reporting that Hinds has just wrapped his work on the film. The actor's role will be created through motion-capture in the same way that Marvel Studios has brought Josh Brolin's Thanos to life. The Wrap is also saying that Steppenwolf will get a much-needed makeover for Justice League. The hero, who was seen in a deleted scene from Batman v Superman: Dawn of Justice, will have a a new look in the film. The character was cut from the movie, but a clip of Lex Luthor was released that showed him communicating with Steppenwolf through technology on the Kryptonian ship he was exploring.

If you are not familiar with Steppenwolf, then you should know that the character is one of DC Comics' biggest baddies. The supervillain was created by Jack Kirby in Feburary 1972 in New Gods, Vol. 1, #7. Steppenwolf is the younger brother of Heggra and the uncle of Uxas, a figure better known as Darkseid. The character is also one of the earliers survivors of Doomsday who offered Clark Kent/Superman in Batman v Superman.

When DC Comics launched the New 52 universe, Steppenwolf got a major boost in popularity. Creators retconned the villain and had him lead an alien invasion with Darkseid's minions. The Earth's heroes were able to fend off the attack but at a major cost. Batman, Superman, and Wonder Woman were killed in the battle, so some iteration of that storyline might be adapted for Zack Snyder's Justice League.

With Steppenwolf included in Justice League, fans should expect to see some epic battles depicted in the blockbuster. After all, the character is not one heroes would tread lightly upon. Steppenwolf is the military leader of Apokolips, so he is well-versed in weaponry and strategy. Armed with immortality and super-strength, Steppenwolf's thirst for blood is real, and it will be up to the Justice Leage to fend him off.

Fueled by his restored faith in humanity and inspired by Superman's selfless act, Bruce Wayne enlists the help of his newfound ally, Diana Prince, to face an even greater enemy. Together, Batman and Wonder Woman work quickly to find and recruit a team of metahumans to stand against this newly awakened threat. But despite the formation of this unprecedented league of heroes—Batman, Wonder Woman, Aquaman, Cyborg and The Flash—it may already be too late to save the planet from an assault of catastrophic proportions. 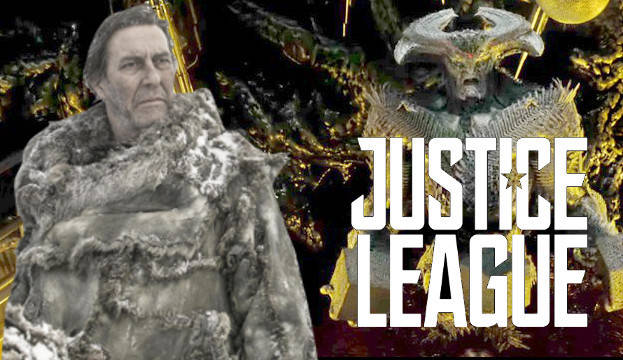 Justice League will open in theaters on November 17, 2017.