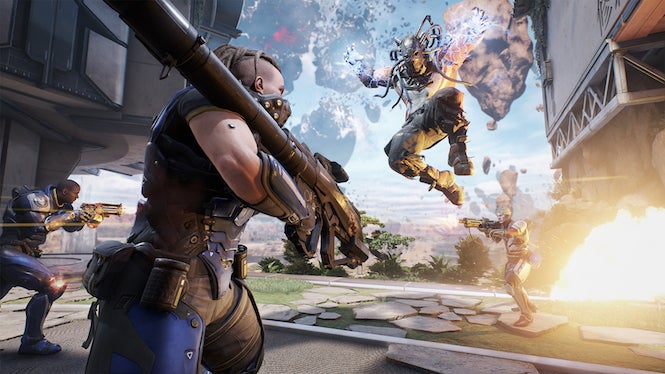 This morning, Boss Key co-founders Arjan Brussee and Cliff Bleszinski took to Twitter to announce Brussee’s departure from the company. The duo opened Boss Key in 2014 and released the studio’s flagship title, LawBreakers, this past August. Brussee explained that his future is bright, with a return to Epic Games on the horizon to work on a new secret project. Check out their tweets below:

It is with a heavy heart that I have to inform you that we've parted ways with @arjanbrussee from @BossKey.

He is not only a brilliant person but also a dear friend and I wish him well in his future endeavors.

Big News .... I'm leaving @bosskey and will return to @EpicGames after 20 years (!) to work on an exciting secret project, stay tuned! @TimSweeneyEpic @MarkRein

Brussee’s history with Epic goes way back, which makes his return all that more important. Two decades ago, Brussee co-developed the Jazz Jackrabbit series with Epic, and now, he’s returning for something big. The studio is best known for developing the Unreal Engine that so many modern-day games continue to use, and Brussee’s Boss Key co-founder, Bleszinski, also worked with the company early on in his career, on Gears of War. Brussee's work within the industry ranges from founding Guerrilla Games, creators of the epic shooter Killzone and one of this years biggest hits, Horizon Zero Dawn. Brussee also worked with the now-defunct Visceral Games to develop Battlefield: Hardline and spent time at EA before co-founding Boss Key.

While the exact details of the new project under with Brusee remains a mystery, it wouldn't be a surprise if he tagged in to lead development on the next Unreal Tournament game, but the vague tease will have to be enough for now.

Here Are the 5 Big Star Wars Games Reportedly in Development