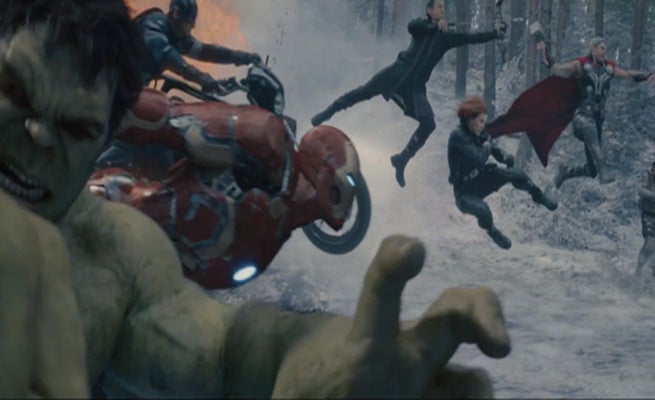 You can forget those rumors that Avengers: Age of Ultron is nearly 3 hours long.

According to director Joss Whedon, in a new interview with Buzzfeed, the superhero mash-up sequel will clock in at just over two hours.

In fact, Whedon says Age of Ultron clocks in one minute shorter than its predecessor, or roughly 142 minutes.

Whether or not that counts the one or two mid- and post-credits sequences expected in the film isn't clear, but seems likely.

The film will be in theaters on May 1.