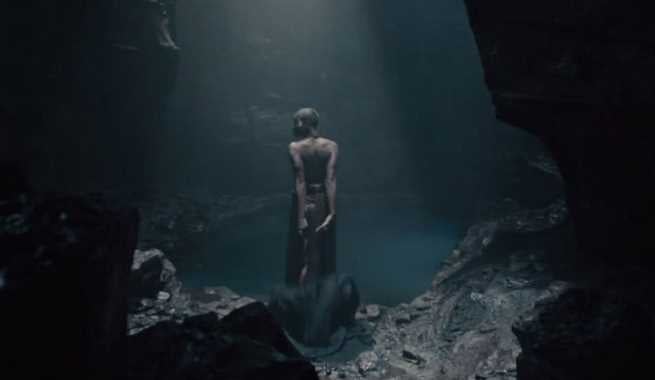 The mystery of the woman in the cave from the Avengers: Age of Ultron trailer has been solved. As it turns out, she was nobody.

The woman seen disrobing in a cave in the Avengers: Age of Ultron trailer had fans guessing about her identity. Is it Shuri? Jocasta? Then early reports from journalists who had seen the film said that the character didn't appear at all in the final cut, confusing matters even more

Marvel Studios president Kevin Feige tells Cinema Blend that it was all a dream:

That was just the imagery. That was just interesting imagery as part of a dream sequence… It was part of when Thor was looking around at the oddity and the strangeness happening and it was just an image marketing grabbed.

Feige admits that sometimes the studio likes to mess with its fans, but that it wasn't the case in this instance.

Sometimes, not in that case. In that case it was just an arresting image which seemed interesting and when marketing presented it to us, we said, 'Oh yeah, cool! This is great! Amazing, great work.' And then it started to go out and I thought, 'People are going to read into all this stuff.'

Director Joss Whedon's first cut of the film was three and one half hours long, now cut to 142 minutes for theatrical release. This dream sequence sounds like ti was probably a set piece that got cut to keep the film's length in check.