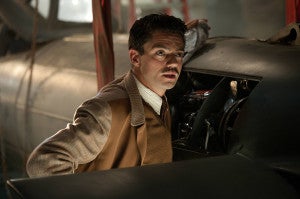 Dominic Cooper, the actor who played Howard Stark in Captain America: The First Avenger, will suit up again for Captain America: The Winter Soldier, he confirmed to Total Film. Asked whether he would appear in the upcoming sequel, Cooper said, "It's hard to say. We're shooting something for it. I've worn the costume again. But whether they just had me put it on as a joke, I don't know! [laughs] It was good fun getting back into it and he's got some very cool shades now. But who knows?" Given that Cooper last played Stark during World War II, bringing him back likely means he'll be appearing in flashback. That's not completely a surprise since the first official synopsis of the movie included Hayley Atwell's return as Peggy Carter. Atwell also recently revealed that she filmed a Marvel One Shot short film as Carter.