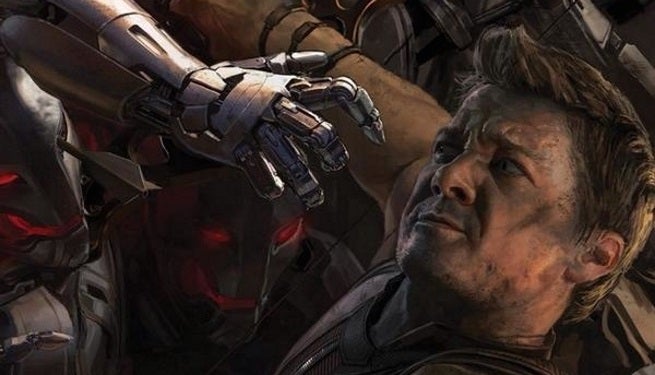 On an upcoming episode of Larry King Now, Jeremy Renner, the actor who plays Hawkeye in the Marvel Studios cinematic universe, has revealed his character's fate in Avengers: Age of Ultron.

In a discussion about how Renner came to play Hawkeye, and what kind of acting depth it takes to perform in a superhero movie, host Larry King eventually asked Renner, point blank, if he dies in the next Avengers film.

"No man, I don't die. They are going to keep me around for a while," Renner explained.

There have been some murmuring from fans that at least one Avenger would likely be killed in Avengers: Age of Ultron, in order to maintain the idea that these characters are in real danger when they come into conflict in these movies. It seems that, unless Renner is just outright lying, Hawkeye is in the clear.

Avengers: Age of Ultron opens May 1, 2015. The full Jeremy Renner episode of Larry King Now airs the week of October 6.