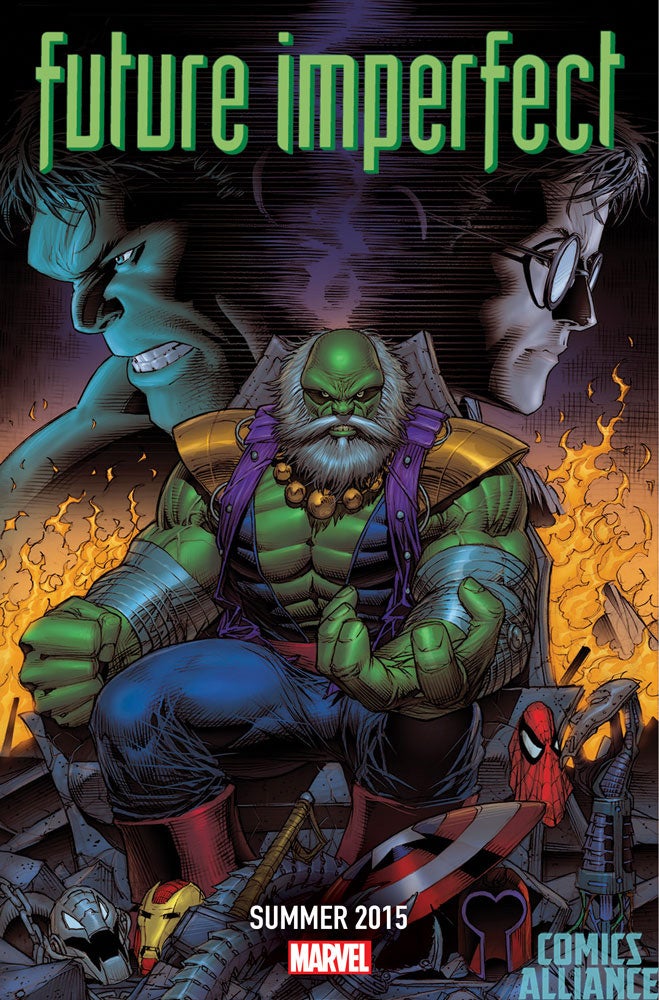 After taking the day off yesterday, Marvel Comics has released another comic book event teaser for the summer of 2015 (via Comics Alliance).

This teaser, drawn by Dale Keown, is based on the classic two-part Hulk story Future Imperfect, by Peter David and George Perez. The story sees the Hulk travel to the future, where he meets a twisted, tyrannical future version of himself called The Maestro.

This is the latest in a series of event teasers that Marvel has released over the past few weeks. Previous teasers include Civil War, Age of Ultron vs. Marvel Zombies, Years of Future Past, Planet Hulk, Armor Wars, House of M, The Infinity Gauntlet,Old Man Logan, Inhumans: Attilan Rising, Ultimate Universe: The End, and Age of Apocalypse.