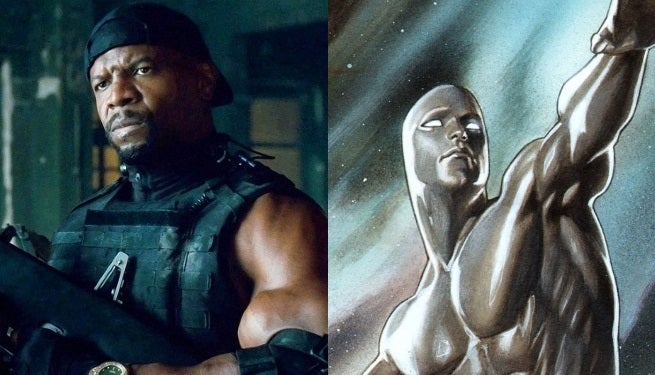 Terry Crews of Brooklyn Nine-Nine has publicly voiced his desires to a play a superhero in the past. Those desire have specifically been directed at the role of Luke Cage, which was recently given to Michael Colter in the upcoming Netflix series A.K.A. Jessica Jones.

Crews is taking it well though. In an Ask Me Anything session on Reddit, Crews said he was happy to see Colter take on Cage, and that he was still interested in playing a superhero, but perhaps one of a more cosmic nature.

Again... it's hard to pick a favorite super-hero. I always did love Luke Cage, and I'm really, really happy about who they cast in the Netflix version of Luke Cage. So that's something that's already done. But you know who else I'd like to play? The Silver Surfer. I always LOVED - I thought I had the build, the body, I could get on that surfboard, and if they ever do a live-action version of Silver Surfer, I think that would be perfect for me.

The Surfer did appear on screen in Fantastic 4: Rise of the Silver Surfer, where he was mostly CG and voiced by Laurence Fishburne. Fox is already planning a sequel to their rebooted Fantastic Four movie in 2017, so maybe that film will call for a recasting of the character.