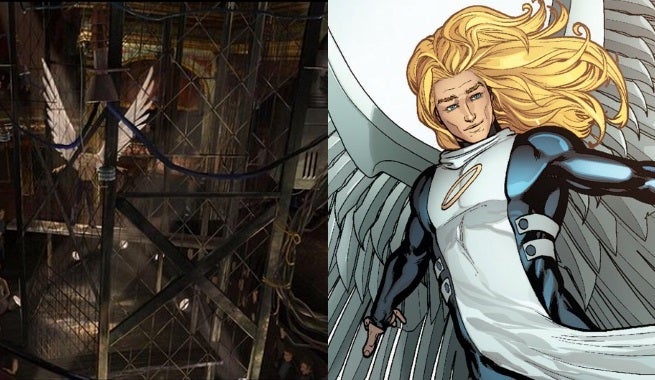 X-Men: Apocalypse director Byran Singer has revealed a new piece of production art for the film that teases another of the original X-Men's inclusion in the movie.

The art shows a dark, interesting, and complex set…dark except for the bright white, feathered wings at the center.

While production art isn't final, and things can change at any point in the making a film, this image certainly seems to hint at the inclusion of Warren Worthington, a.k.a. Angel, in the film. Angel is the X-Man with one of the strongest ties to the film's villain, Apocalypse, having been transformed by En Sabah Nur into his Horseman of Death.

While not official, many fans speculated when EastEnders star Ben Hardy was cast in the film that he would be playing Angel, based on Hardy's physical appearance and the character's connection to Apocalypse. Angel previously appeared in X-Men: The Last Stand, played by Ben Foster.

If Angel does appear in the film, he'll be joining a few other original comic book X-Men who have been recast: Tye Sheridan as Cyclops and Sophie Turner as Jean Grey.