Empire has released a trio of images from Alien: Covenant, featuring a Neomorph feeding upon one of its victims, David meeting the Engineers, and David and a younger Peter Weyland conversing.

"I found that character really galvanising," screenwriter John Logan said of David in the latest issue of Empire. "My approach was to create a backstory with Weyland, and the disappointment David has with humanity over the years, finally letting that go deep into his psyche in a very damaging way. Every great story needs a great antagonist, and David in a way is the antihero of these Alien movies."

In the film, a decade has past since the events that transpired in Prometheus, so what has David been up to since then? He's been experimenting with make life of his own. "Idle hands do the devil's work," warned director Ridley Scott. "This AI believes he's marginally superior to his creator, which creates an emotional reaction called anger. They've made him way too intelligent and way too sensitive. That was the error you'll find out [about] in Covenant."

Are you excited to return to Scott's terrifying universe? Let us know with your vote in the Anticipation Rankings below! 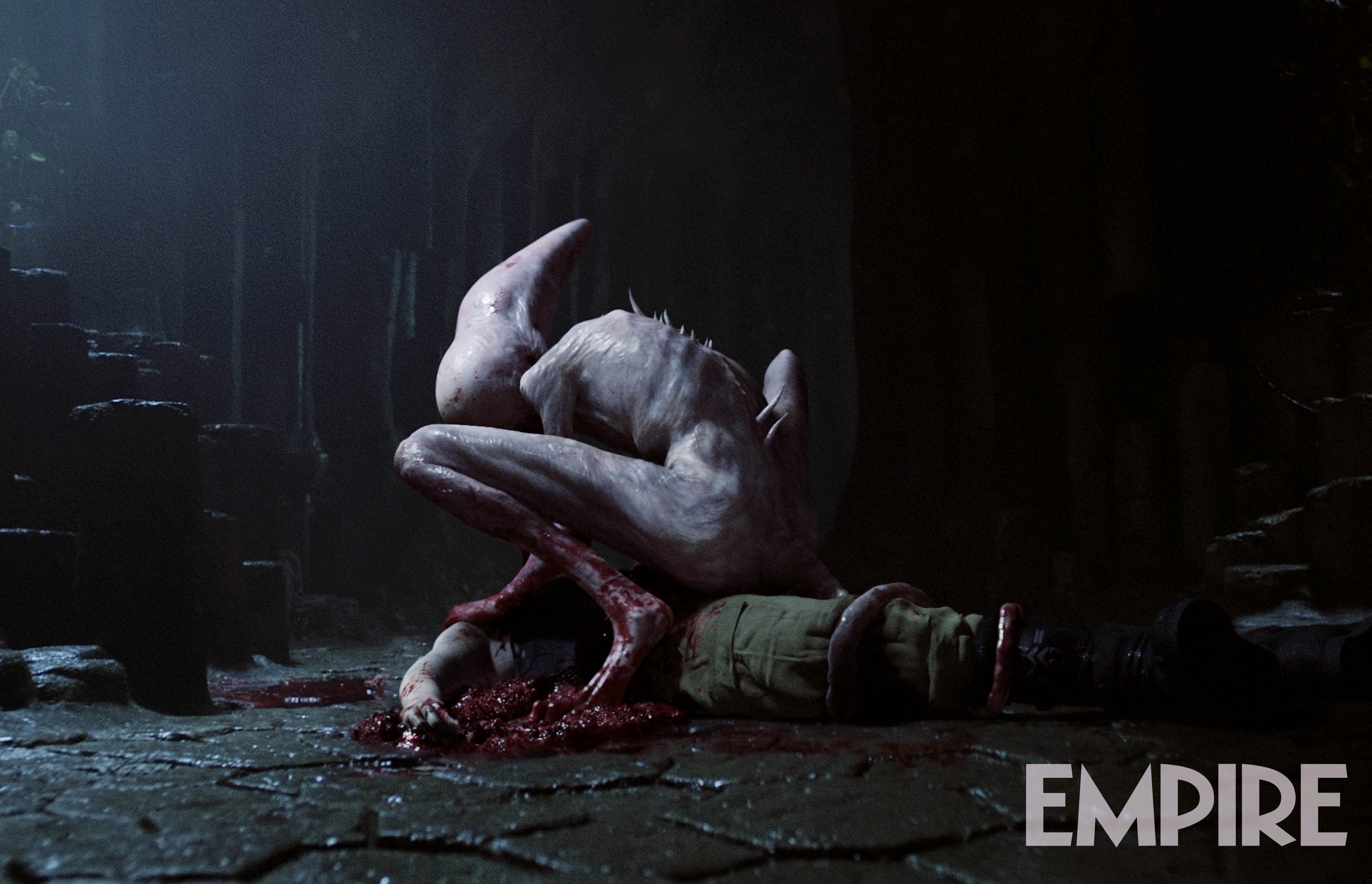 "It really traumatised me!" recalled star Katherine Waterston of seeing footage of the finished Neomorph. "You'd think you'd be prepared if you read the script, but I'm not even prepared for Ridley's antics. Ridley gets genuine pleasure out of terrifying people." 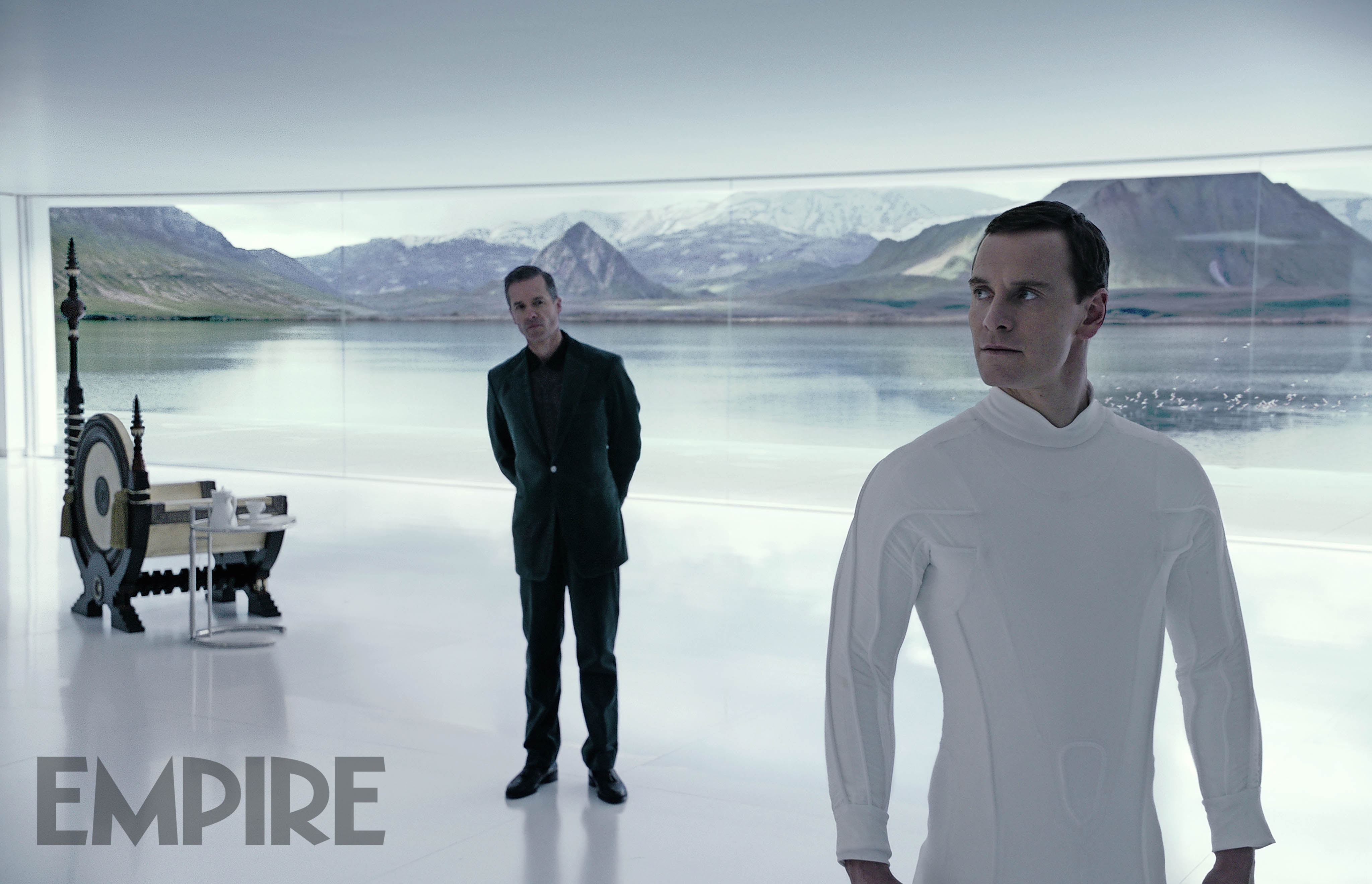 In Prometheus, we were introduced Peter Weyland (played by Guy Pearce), the elderly and egotistical billionaire founder and CEO of Weyland Corp. He'll reappear in Alien: Covenant, but this time around Pearce will be sans wrinkle. We'll see Weyland in his prime, creating David (played by Michael Fassbender). Rumor has it, they will have a philosophical discussion that will better explain the dubious android's motivations in both films. 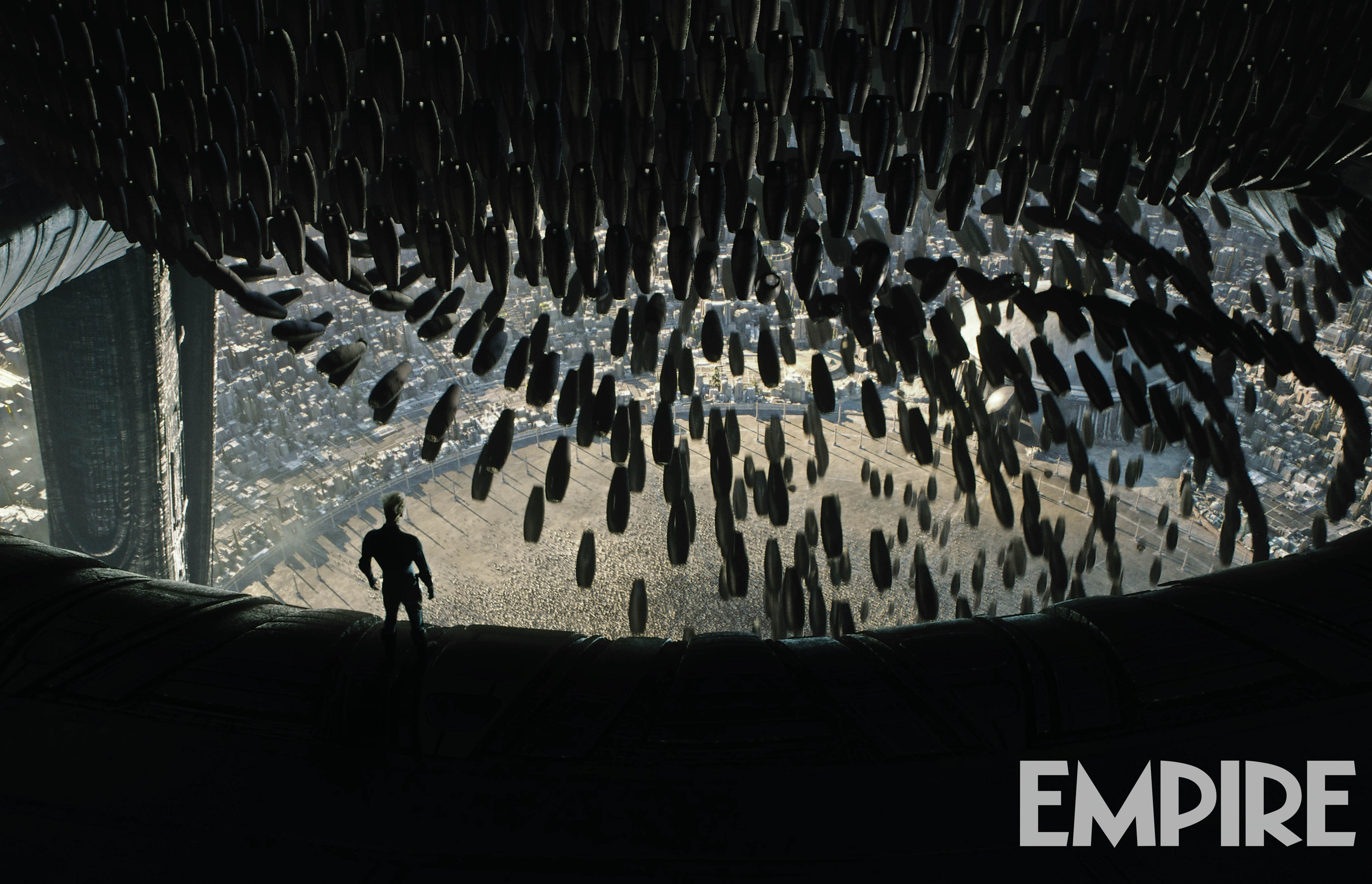 This an image of David stepping out of the Juggernaut after the massive ship has reached its destination: The Engineers' home world. He greets the large crowd of Engineers by unleashing pods, like the ones filled with black sticky, slimy substance in Prometheus, upon them. So, the biological weapon the Engineers designed to kill humanity is used against them by humanity's creation. Seems fitting.