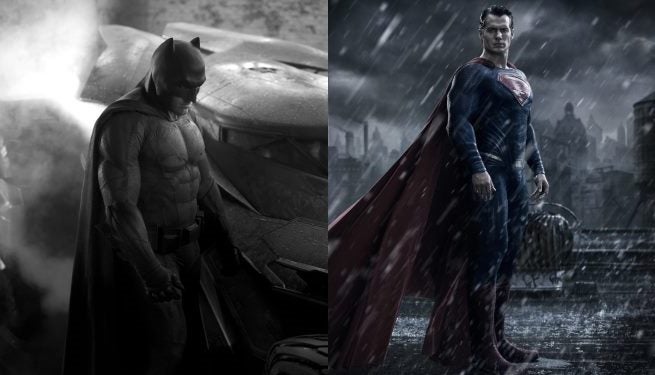 As you may have gathered from the title, Batman v. Superman: Dawn of Justice will feature a huge superhero fight scene between Batman and Superman.

Guillermo Grispo, the fight coordinator who has worked with director Zack Snyder on 300, Sucker Punch, Man of Steel, and now Batman v. Superman spoke to Spanish website Los Andes Diario about the big brawl. While the conversation proved more than Google Translate could easily handle, readers at the Batman-News website were able to provide an English translation.

Just imagine, it was like making dulce de leche (a similar thing to chocolate here in Argentina). Now Batman is going to fight the way I've always dreamed seeing him fight… he's a character so prepared in martial arts that you can do a lot of things with him, but filmmakers usually don't go all the way with it. Even in the last Nolan movies the action scenes aren't very good from a technical, martial arts point of view to things like choreography, filming, bad camera movements…

But hey, don't get me wrong, Nolan is great, my hats off to him. He makes fascinating stories, but I think that he did not pay too much attention to the fights. Those are the kind of details that Zack, being so physical himself, loves preparing. I think there's going to be a big difference when you see these Batman fights in comparison to the previous ones.

You can find the entire translation over at Batman-News