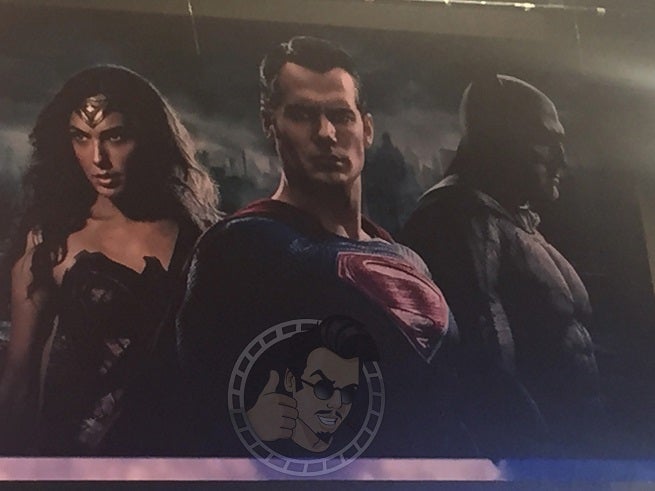 You can see the main image above, and JoBlo have another, more Batman-focused zoom (of the same image), indicating that while these are clearly the same photos we've seen before of Superman and Wonder Woman, Batman seems to have been either Photoshopped, or reshot, to give him a more upright posture, rather than looking down as he was in the Batmobile images.

No official word on whether this will remain the promotional image they're using or if these photos were just a convenient thing to slap together for the show. A teaser trailer for the film, which will kick off the publicity campaign in earnest, is rumored to be coming along in February ahead of screenings of Jupiter Ascending.