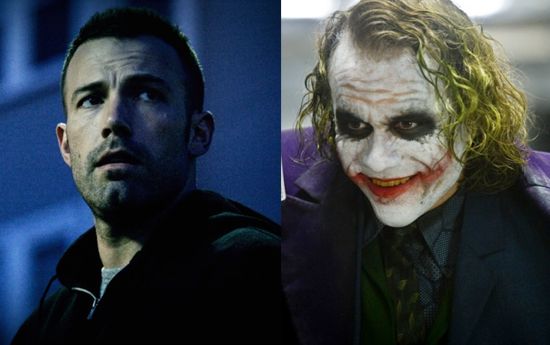 It's unknown as to whether Dark Knight trilogy and Man Of Steel composer Hans Zimmer will do the music for Batman Vs. Superman. But just like almost everyone else in Hollywood, he's been asked to weigh in on Ben Affleck being cast as Batman. And unlike Quentin Tarantino, Zimmer has an opinion, and he raises a point that has been raised by many in the media that have defended Affleck's casting. In an interview with Collider, Zimmer said, "He'll be a really good Batman.  It's really quite simple, the man isn't a fool and he's not gonna set himself up for a fall.  He's a great filmmaker in his own right, he really is… I think he's become a much more astute actor and I think he'll make a great Batman, I think he knows exactly what he's doing.  So do I think it's a good idea?  Yes, I think it's a good idea.  I think he's great casting." As the composer of The Dark Knight, the reaction to Affleck's casting also brought back memories for Zimmer. "I think [the response to Affleck's casting] was incredibly vicious," said Zimmer.  "I think the way he got attacked was unbelievable.  But you know something, when Chris cast Heath Ledger as The Joker maybe we weren't quite as big yet and maybe it wasn't quite as visible, but there was a lot of that going on as well, that it was a complete miscasting and 'only Jack Nicholson can play The Joker.'" We've embedded the entire video from Collider below, where Zimmer also talks about the possibility of returning for Batman Vs. Superman and about working with director Zack Snyder. Do you think that Zimmer raises a valid point of comparing Affleck's casting and Ledger's casting?