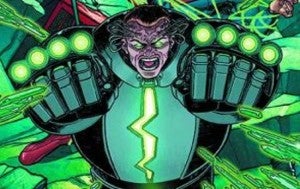 During the Man of Steel DVD & Blu-Ray fan event, director Zack Snyder seemed to suggest that Lex Luthor would be part of Batman Vs. Superman. Of course, just because Lex Luthor is in the movie doesn't necessarily mean he's the main villain. According to ThinkMcFlyThink, one of the villains in Batman Vs. Superman will be Metallo. They are reporting that Callan Mulvey is up for the role. Variety first reported that Mulvey was up for the villain role in Batman Vs. Superman, but they did not specify which villain. In a little bit of a twist, ThinkMcFlyThink is also reporting that Mulvey was at one point being considered to play Lex Luthor. Of course, Metallo was rumored to be a villain in the first Man of Steel movie, and we all know how that rumor panned out. Still, ThinkMcFlyThink was the first site to report on the Gotham TV show, so they have been right on Warner Bros. related news before.

Batman Vs. Superman Villain Rumored To Be Metallo