Captive State takes the traditional movie about an alien invasion and flips it on its head, focusing on life after the dust has settled. In this version of the story, the aliens won the battle and now reign supreme over the human race. Instead of telling a tale about fighter pilots trying to stop an alien armada from reaching the surface, Captive State follows the story of a resistance that tries to take down their oppressors having lived under their rule for a decade.

ComicBook.com spoke with Captive State director Rupert Wyatt (Rise of the Planet of the Apes) earlier this week about the film, and here's what he had to say about his new sci-fi thriller that stars the likes of John Goodman, Ashton Sanders, and Vera Farmiga. 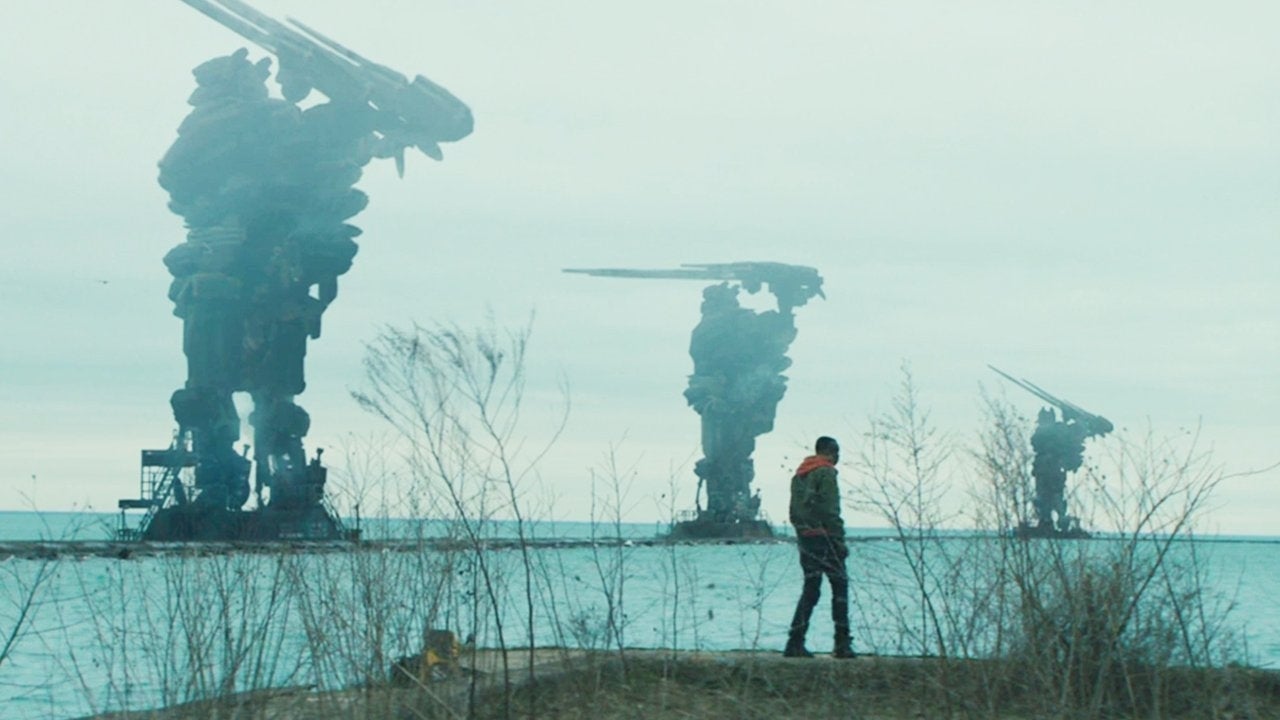 ComicBook.com: The film is interesting in the sense that it's not your typical alien invasion. It's about life after an alien invasion. When did you decide you wanted to tackle a project like this? What made you want to decide, "Hey, let's talk about the fallout after something like this rather than the invasion itself?"

Rupert Wyatt: I think it was the idea of a society that was not a heightened society, if that makes sense. A society that's undergoing an invasion. The storytelling stakes are very different. This is a functioning society, an everyday society. It's a society that's under occupation, but at the end of the day people still go home and they eat, and they sleep, and they get up, and they make love, and all of those things. I was really interested in telling the story within that context. Of course within that, like any kind of environment that's under occupation, you've then got both sides, and that there is that war that goes on between both sides so that was the emotional heart of it.

Obviously you did bring up the occupation part of it. To me this was like a very real response to the situation — almost like Stockholm syndrome. There was a scene where they were at Soldier Field and they were clapping for their oppressors. What's the thought process behind doing something like that rather than a Terminator-type approach where it's humans versus aliens?

It's not that they are brainwashed, it's because they realize that it's a society that they have to accept, and they make sense of it. It's those with the least to lose invariably that become the resistance, the ones that fight back. Those are the margins of society. The French resistance was made up of mostly communist and railroad workers and criminals. It was an amazing, classic sort of underclass of heroes. Then, the collaborators in Paris are hanging out at with the Nazis, a lot of them with the bourgeoisie. They had too much to lose so I think to me it was trying to reflect that.

In Hollywood, it feels like a growing trend where these films don't show you the antagonist of the film. It provides this extra layer of mystery, whereas in Captive State, in one of the very first scenes we clearly see who we are going up against. As a filmmaker, what advantage do you have showing the aliens right from the get-go rather than either building up or not showing them at all?

I would say that we made the choice really because, unlike Jaws or any monster movie where the mystery of the face of the monster, unveiling the face of the monster and the threat is part of the drama of the narrative. For me, I think if I hadn't done it then the audience would constantly have been assuming that the real monster is the aliens. Does that make sense? Because really the monster is us. Like, we are the collaborators.

The enemy is John Goodman's character, Mulligan. He's the antagonist of our film, at least on the surface he is. I would say that to me that would've been always a little confusing for the audience. I sort of wanted to show, without giving too much away, I wanted to show the two key characters in our prologue the threat of the invading force, but after that, it becomes the human story about the real monster, and that is what lies within us.

Like you said, it's very human. It's not humans versus aliens, it's essentially humans versus a kind of militarized police. This story takes place in Chicago. Was there a reason you chose Chicago instead of New York or Los Angeles?

When I first went to Chicago and really fell in love with it, to me it's the great American city and it kind of embodies much of what is America whether it be architecturally or culturally or the diversity. So it allows me to tell a very microcosm story, but on a very global, relevant scale. Other cities in America, it's harder to do that I think.

Now, obviously this is a pretty self-contained story within itself, but as Hollywood would have it, there's always the opportunity for a sequel. If there's a Captive State 2, if there were a three, if this turned into a franchise, where does it go from here?

I think this movie is about the Arab Spring. The sci-fi Arab Spring, where it's the spark; it's the beginning of the uprising. Maybe film two would be more of what comes afterward where it would be more of the global conflict, the militarized fight back in a sort of Full Metal Jacket-like context or style leather. We always very presumptuously, because you should never do this when you are making feature films I believe, unless you're making franchise films with IP... I think the intention for this was to make a self-contained complete story, but one that certainly characters within it they live, and they are going to have a future, and I'd be fascinated to explore that.

Captive State is now in theaters.