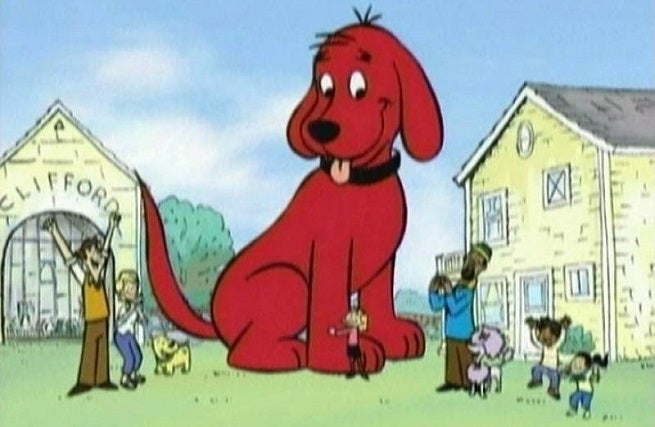 Universal Pictures today announced that their planned live action/CGI film based on Norman Bridwell's Clifford the Big Red Dog series of children's books will no longer be released on April 8, 2016, as originally planned. No new date has yet been set.

Melissa McCarthy's comedy Michelle Darnell will take the April 8 date instead. The film revolves around a wealthy celebrity who goes to prison for insider trading and emerges from prison to find that she still has a lot of people angry at her.

In 2000, the character made his television debut on PBS Kids and the animated series quickly became one of the network's biggest children's hits. In the context of the show, Clifford lived on "Birdwell Island," a wink-and-a-nod reference to Bridwell. The show ended in 2003 when the voice of Clifford, sitcom legend John Ritter, passed away.

(At Comic Con this year, we spoke with The Flash's Tom Cavanagh, who talked about working with Ritter and celebrating his life on Scrubs.)

2004 saw the release of Clifford's Really Big Movie, recorded before Ritter's death but not completed and released until the following year.

Bridwell passed away in December.