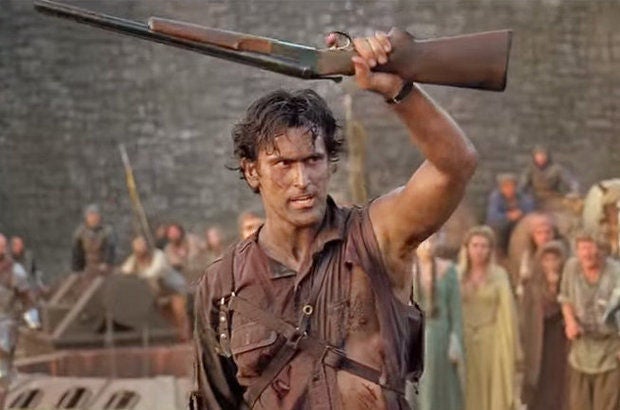 A marathon of The Evil Dead movies set to screen next month in Syracuse, New York, will give fans an opportunity to bid on a brick from the original Evil Dead cabin, Syracuse.com reports.

The marathon, which will take place at the Palace Theater in Syracuse, was announced on Twitter by franchise star Bruce Campbell, although the actor is not expected to make a personal appearance at the screening.

According to News 360, horror fans will also get a chance to buy a brick from the original "Evil Dead" cabin during an auction at 9:55 p.m.

Advance tickets are $16.50, and assuming the show doesn't sell out in advance the remainders will be $20 at the door. Vendors will be selling beer, wine and Evil Dead merchandise starting at 6 p.m.