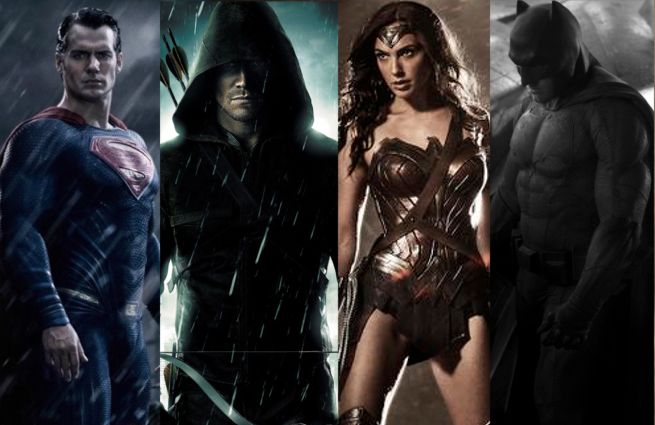 Following on the heels of viral fan trailers matching up DC characters with Marvel ones, and superheroes with Star Wars characters, YouTube user Red Hood (a regular commenter here at ComicBook.com and frequent contributor to our Easter egg hunts on Gotham, Arrow and The Flash) has put together one for the Justice League.

Well, maybe...except that he digs fairly deep and brings out characters that aren't yet slated to appear, and footage with actors already cast in roles like Deadshot and Aquaman who haven't really popped up in previous efforts. He also includes Ray Palmer's A.T.O.M. armor from Arrow and more to give a pretty exhaustive look at the Justice League as the kind of sprawling, global peacekeeping force they were in the '90s...and probably my favorite manip of Batfleck and Cavill's Superman together I've seen in one of these.

For reference purposes, the song is "Setting Up the Lair" by Blake Neely. You can click through to see the video on YouTube and get the purchase links if you're so inclined.

The real Justice League Part One hits theaters in 2017.