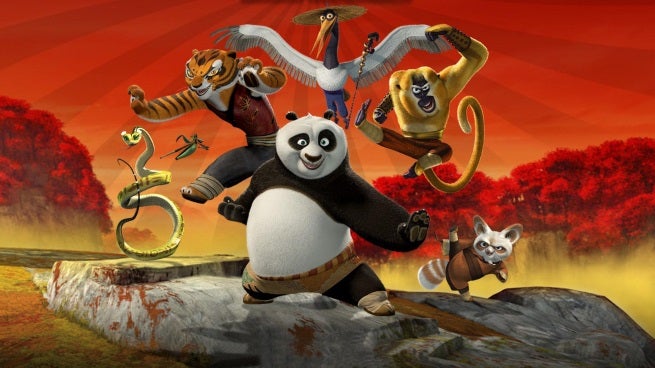 I've been tracking Kung Fu Panda 3 quite closely, not least because it's one of the most secretive projects on the roster at Dreamworks Animation.

The film is currently set for release at the end of next year, and so we're likely to not see a teaser until the release of The Penguins of Madagascar at least, perhaps even Home, which isn't along until March 27th next year.

Thanks to Tumblr user Eddie Wulf, however, we may have just gotten our first look at some imagery from the film. Or perhaps it's just concept art. Or maybe I've started developing cataracts and am reading too much into the swirling shapes.

In this image, which was pointed out by animation blog The Rotoscopers, we can see various scenes of Po and the supporting cast. There's probably his biological father in one shot, and maybe another with Mads Mikkelsen as, I've been led to believe, an ancient Chinese spirit. 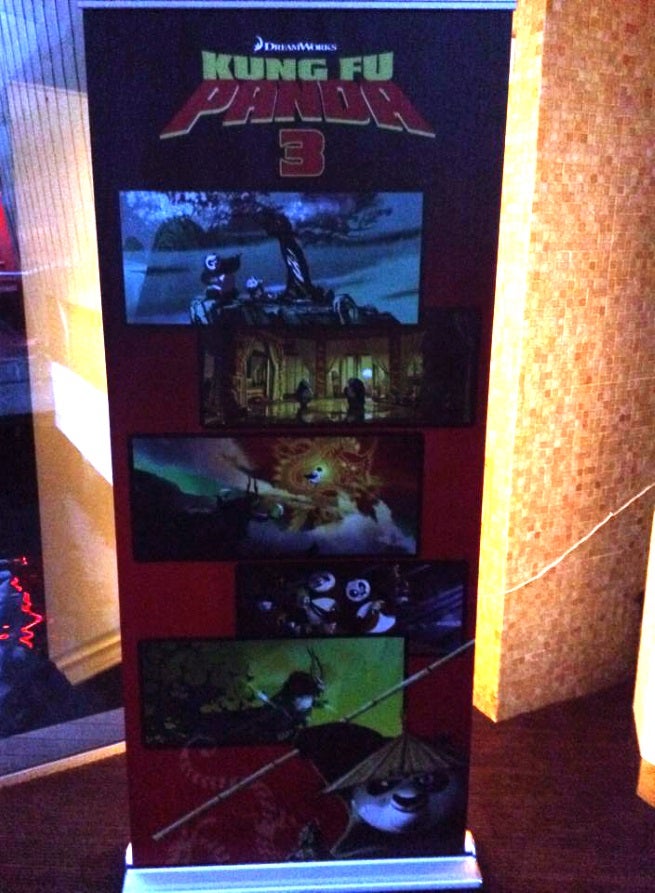 Eddie says he took this at a Dreamworks party. I dare say he won't be invited to the next one.

While we know little about Panda 3, it's true that Bryan Cranston has been cast as Po's dad, Rebel Wilson is in there as another new character - a love interest? a long lost sister? - and Jennifer Yuh Nelson, director of the excellent second instalment is back to try and better her work there.

When Kung Fu Panda 2 came out, Yuh Nelson became the most successful female director at the box-office, ever. Jennifer Lee then roared out in front with Frozen, but if we're running an accumulator and totting up career totals, Yuh Nelson is likely to get ahead again with Panda 3.

What's the lesson here? That the most successful female directors in Hollywood are called Jennifer and work in animation. Not much of a lesson; either a diverting coincidence or evidence that somebody cast a magic spell ever so slightly wrong again. I'm looking at you, Jennifer.

Anyway, let's forget the BO. Panda 2 was great, so was Frozen, and maybe, hopefully, Panda 3 will be too. We'll find out just the other side of Star Wars: Episode VII, as the film is set to roll out on December 23rd, 2015.

First Images From Kung Fu Panda 3 Have Leaked Out