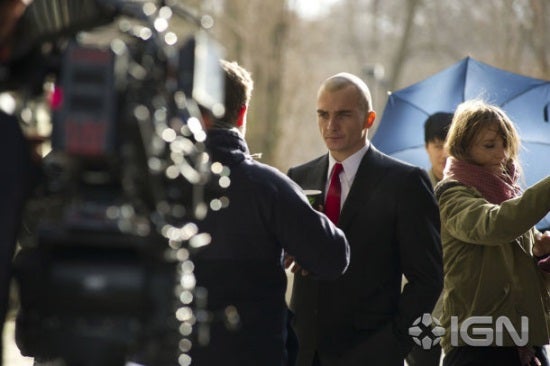 has gotten a first look at Rupert Friend as the titular character of Agent 47. Agent 47 is a reboot of the film franchise based on the Square-Enix video game series Hitman. In the original Hitman movie, Agent 47 was played by the Timothy Olyphant. The late Paul Walker was originally slated to play Agent 47 in the remake, with Friend stepping in after Walker's death. The film also stars Zachary Quinto and Hannah Ware. Aleksander Bach will direct from a screenplay by Kyle Ward, Skip Woods and Michael Finch. The next installment of the Hitman video game franchise is also in development by Square-Enix.