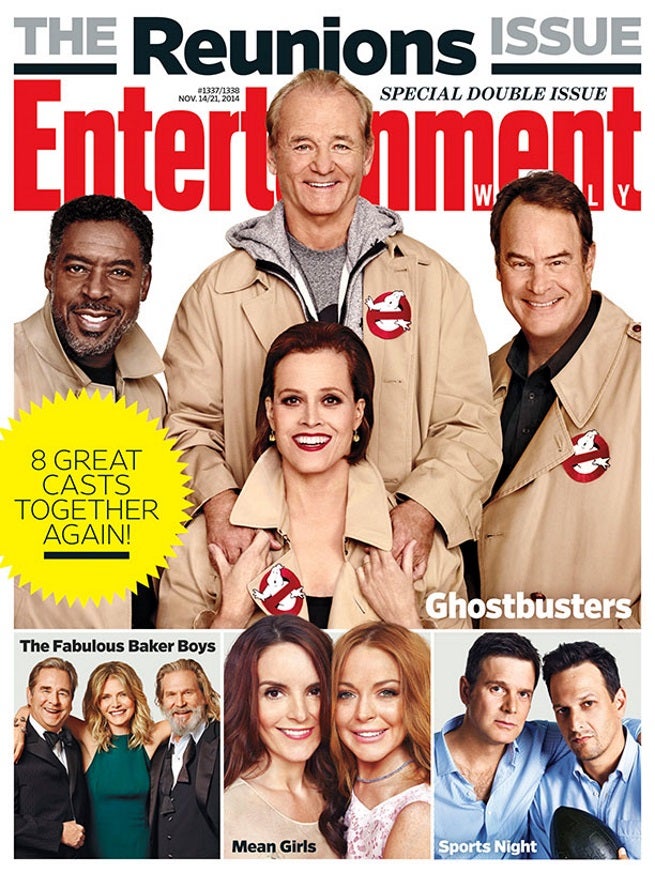 The cast of Ghostbusters is featured on the cover of the new "reunions issue" of Entertainment Weekly.

Billy Murray, Ernie Hudson, Sigourney Weaver, and Dan Aykroyd are featured on the cover, in their Ghostbusters uniforms. Annie Potts and director Ivan Reitman join them inside the issue. The only one missing is Harold Ramis, who, sadly, passed away earlier this year.

The issue features other classic film and television reunions, including the casts of Mean Girls, Monty Python, Little House on the Prairie, The Fabulous Baker Boys, Sisters, Sports Night and Napoleon Dynamite.

The reunions issue of Entertainment Weekly hits stands on Friday.