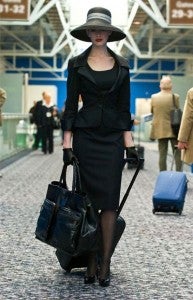 Comic book movies ruled the box office this year taking the top two highest grossing positions, but one wouldn't know it from the Golden Globe Awards. In the Best Picture: Drama category, the Golden Globe nominees were Argo, Django Unchained, Life of Pi, Lincoln, and Zero Dark Thirty. Of course, comic book movies generally don't receive a lot of consideration on the various awards shows so it's not a huge surprise that none were nominated. However, Warner Bros. had launched an extensive awards consideration campaign for The Dark Knight Rises, so there was hope that the film or those associated with it might receive nominations in some categories. Dark Knight Rises' actresses Marion Cotillard and Anne Hathaway did receive nominations for Best Actress Drama and Best Supporting Actress respectively, but there nominations came for other movies besides The Dark Knight Rises. In the TV categories, The Walking Dead was also surprisingly absent from any nominations, despite its dominance in the ratings. On the other hand, The Big Bang Theory, which focuses on comic books and geek culture, continued to prove to be a popular awards show choice. The Big Bang Theory was nominated for Best Television Series Comedy or Musical, and Jim Parsons, who plays Sheldon Cooper, was nominated for Best Actor Television Comedy or Musical.