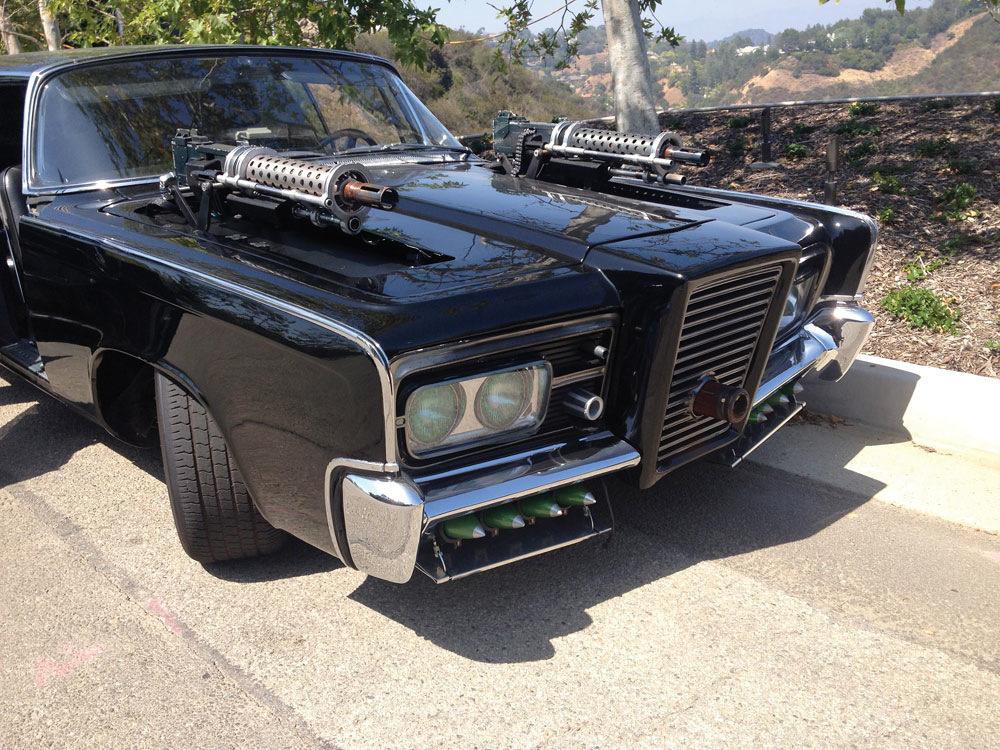 The Black Beauty hero car used in the filming of 2011's The Green Hornet will be sold at auction next week.

The 1965 Chrysler Imperial was built by Dennis McCarthy of Vehicle Effects in California. It is now one of two hero cars remaining from The Green Hornet's production. The vehicle features its original 413 engine, has 71,421 miles on the odometer, and is the only one—built with its original headliner and black leather seats.

The car features many exterior modifications, including: two hood-mounted Browning .30 cal machine guns (which when hooked up to a propane tank fired flames through the barrel to simulate gunfire), 12 Stinger missiles to the front and rear bumper, a flame-thrower mounted to the front grill, beanbag launchers and shotgun barrels to the front, a revolving rear license plate (which flips to "Hornet" by pushing a button on the keychain remote), and painted green headlights. Other modifications include 'butterfly doors' with simulated shotgun barrel stickers, 20″ wheels, the working light-up interior console labeled in Chinese, a hidden button in the trunk which automatically releases the locking mechanism, the Green Hornet emblem on the trunk, and an embossed Green Hornet trunk interior with a Sony stereo system.

"Twenty-nine cars were made for the film's production, most of which were either stripped-down stunt models or destroyed during filming," says Bobby Livingston, Executive VP at RR Auction. "Only two hero cars remain from the film, the other being the 'pre-Kato-modified' version of the Imperial."

"A rare opportunity to acquire one of Hollywood's most recognizable vehicles," he added.

You can see Jay Leno check the car out for himself in the video below.

Other items being auctioned off include a copy of Amazing Fantasy #15 and a Stan Lee signed copy of Avengers #1, Wolverine claws used in the production of X2: X-Men Untied, and a Klingon rifle from Star Trek III: The Search for Spock. The auction runs from June 19-26. 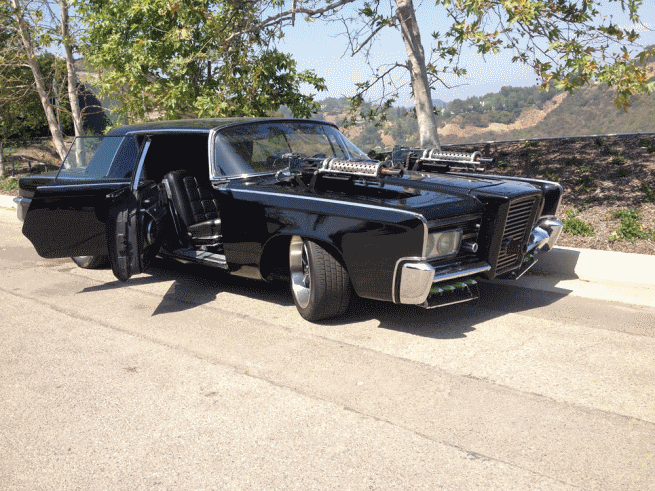 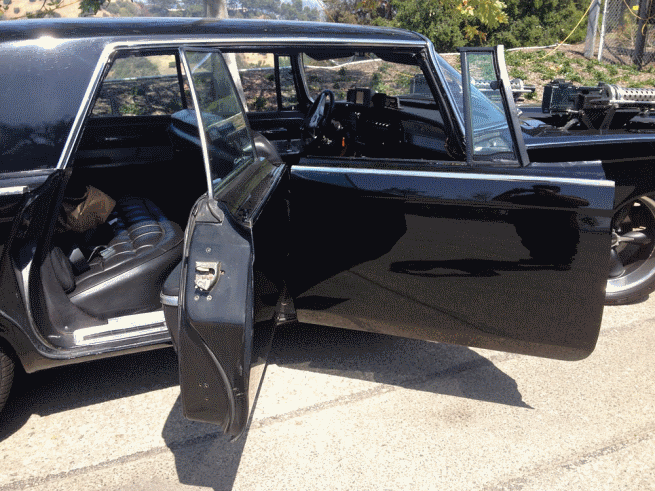