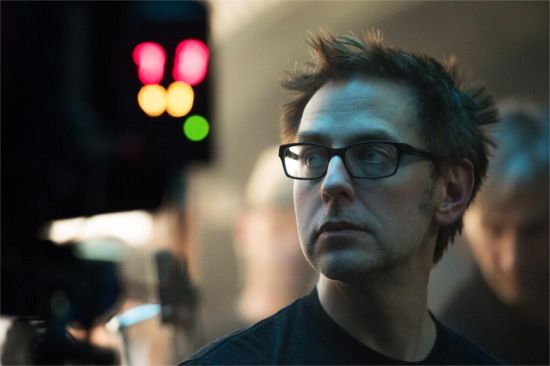 Indie film darling and Guardians of the Galaxy director James Gunn, arguably the most stylized director to work with Marvel Studios yet, took to Facebook this afternoon to convey his feelings about the breakup between Edgar Wright and Marvel. Neither of them is right or wrong, Gunn said, and he wants to avoid taking sides. He likened it to a romantic relationship, saying that sometimes two people just aren't meant to be together. Reports are that Wright, who has been developing Ant-Man with Marvel for eight years, was radically rewritten recently by the studio and that this week he decided that he couldn't direct the movie they had written for him. You can see Gunn's remarks, published via Facebook, below.

Sometimes you have friends in a relationship. You love each of them dearly as individuals and think they're amazing people. When they talk to you about their troubles, you do everything you can to support them, to keep them together, because if you love them both so much doesn't it make sense they should love each other? But little by little you realize, at heart, they aren't meant to be together - not because there's anything wrong with either of them, but they just don't have personalities that mesh in a comfortable way. They don't make each other happy. Although it's sad to see them split, when they do, you're surprisingly relieved, and excited to see where their lives take them next. It's easy to try to make one party "right" and another party "wrong" when a breakup happens, but it often isn't that simple. Or perhaps it's even more simple than that - not everyone belongs in a relationship together. It doesn't mean they're not wonderful people. And that's true of both Edgar Wright and Marvel. One of them isn't a person, but I think you get what I mean.