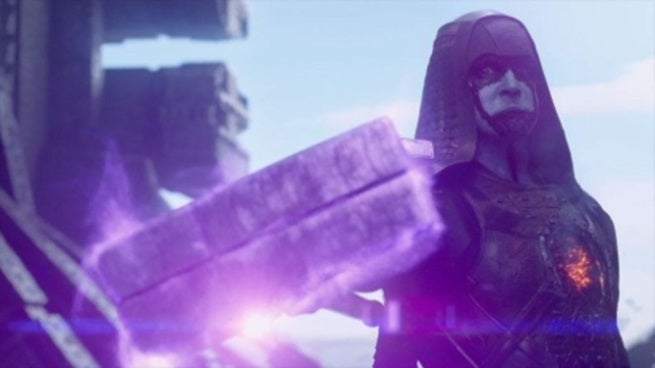 Lee Pace has already let fans know that Ronan, the villain he portrays in Guardians of the Galaxy, is nuts. Now he's taking it even further by comparing the villain to a real world terrorist.

"He's like Osama bin Laden – he's like a religious fanatic," Pace tells Yahoo. "It's so cool. When in my life did I think I'd be playing a character like this? When I got the call about this, I was like, 'What? OK, OK… I'm in.' I'd auditioned for Star-Lord, and then Chris obviously got the part… and then they called my agent and said, 'We have another part for him!' So I quickly put that on tape and Ronan worked out."

If Ronan is a religious extremist, does that make Thanos his religion?