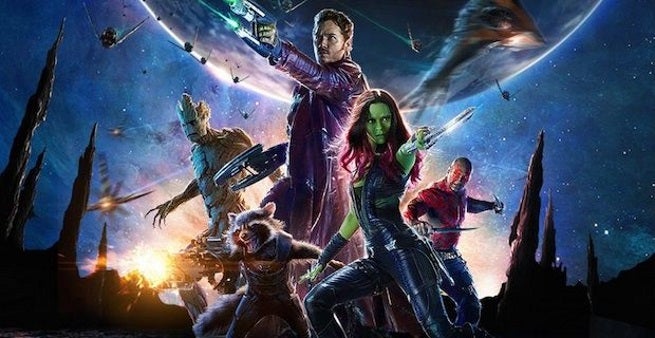 The Writers Guild of America have nominated James Gunn and Nicole Perlman's Guardians of the Galaxy screenplay for the Best Adapted Screenplay award.

The list of nominees shows just how pervasive comic book movies have become in the culture of Hollywood: The film will go up against American Sniper (which, ironically enough, also starred Guardians' Bradley Cooper), Gone Girl (which starred Batman V Superman's Ben Affleck), The Imitation Game (Doctor Strange himself, Benedict Cumberbatch) and Wild for the award. Novelist Nick Hornby, who adapted Wild, is himself a confessed comic book fan who loved Doctor Strange as a kid.

Perlman wrote the first pass at the film, which set the lineup and plot, while Gunn, who directed the movie, rewrote the script prior to shooting to include, among other things, Michael Rooker's Yondu character and the Walkman and mix tape that so much of the film revolve around.

Guardians Of The Galaxy Up For Best Adapted Screenplay WGA