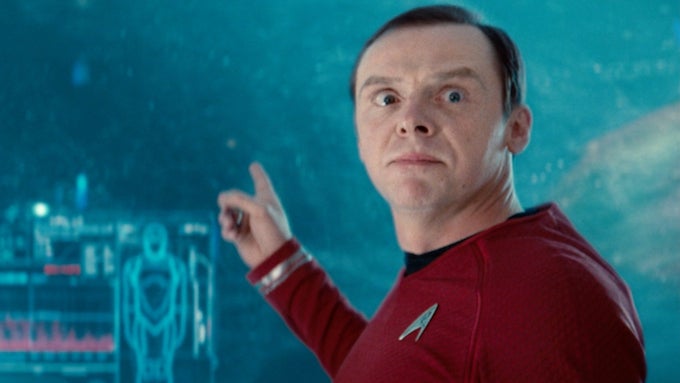 A comedian, writer, and actor, Pegg has been a staple of the comedy industry for a number of years. With Edgar Wright, Pegg has co-written and starred in a cumber of comedy films, including Shaun of The Dead, Hot Fuzz, and The World's End.

Pegg has also starred in a number of high-profile action and science fiction films. His biggest franchise to date is the J.J. Abrams-directed Star Trek reboot, where he played Scotty in both installments. Pegg returns to the franchise as a star and writer later this year with Star Trek Beyond. He's also held a notable role in recent Mission: Impossible films as Benji in Missions: Impossible 3, Mission Impossible: Ghost Protocol, and last year's Mission: Impossibl: Rogue Nation.

Simon Pegg was born on February 14, 1970 in Brockworth, Gloucestershire, and he turns 46 years old today.