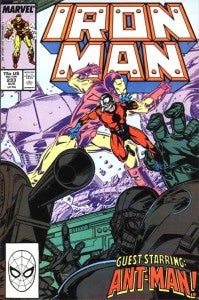 Iron Man 3 is still in its early filming stages, but there is already speculation over what the after the credits scene will be. In the past, the after the credits scene has often been used to tease other upcoming movies from Marvel Studios, so many are making the assumption that is what will happen in the Iron Man 3 after the credits scene. The only problem is that there are several upcoming Marvel Studios movies so no one knows for sure which one will be teased. Here are five possibilities along with speculation as to why or why it wouldn't make sense. Thor 2 – It's the next Marvel Studios movie scheduled to be released after Iron Man 3, so it would make sense for Marvel to want to tease it in some way. Thor 2 is also being released in the winter rather than the summer, so Marvel might want to do everything possible to build awareness for it. However, everything that has leaked out about Thor 2 so far makes it seem like a very different movie from Iron Man 3. In Iron Man 3, the plot is reportedly focusing on high technology, while Thor 2 is more Viking and mystical-realm themed. There's not a lot of good ways to tie those two things together. A Thor 2 after the credits scene in Iron Man 3 probably just wouldn't make sense. Captain America 2 – After Thor 2, the next officially announced Marvel Studios movie is Captain America 2. Since Iron Man 3 set photos have already revealed that A.I.M. will be introduced, there could be a villain tie-in with Captain America 2. A.I.M. is the organization behind the villain MODOK. While it wouldn't make sense to have MODOK be a major part of the already villain heavy Iron Man 3, MODOK would be a great after the credits reveal. There have been recent rumors and speculation that MODOK could be the villain in Captain America 2. While the very idea of MODOK in Captain America 2 is wild speculation at this point, it does seem to make for a much more likely tie-in than Thor 2. Ant-Man – While a tie-in with Thor 2 or Captain America 2 could be a nice lead-in to Marvel Studios next movies, it wouldn't have the wow effect of introducing a brand new character. Thor and Captain America are already established in the Marvel movie universe, so they don't really need Iron Man's help. On the other hand, Iron Man 3 would be a great way to introduce Ant-Man. Rumors have been circulating for awhile about Edgar Wright's adaptation of Ant-Man with much speculation about if he has or has not already shot footage. In fact, the biggest rumor about the bonus after the credits scene in The Avengers was that it was going to be an Ant-Man introduction. Since it didn't happen in The Avengers, why not Iron Man 3? Luke Cage – We're going to call this one a long shot, but there has been much speculation over the working title for Iron Man 3. Originally Iron Man 3 used the codename Caged Heat before changing it to just Caged. Outside of introducing Luke Cage to the Marvel movie universe, no one has come up with a good theory as to what if any significance the working title could have. Let's be clear, there have been absolutely no leaked scripts, set gossip, or anything else to indicate Luke Cage will be part of Iron Man 3. But considering all the details that have already been leaked about the Iron Man 3 script, it would be nice to think that maybe Marvel had at least one or two complete surprises in store. Luke Cage popping up in an after the credits scene for Iron Man 3 would be one of those wow moments that nobody saw coming. More Shawarma – If the Avengers movie taught us anything about after the credits scenes, it's that they all don't have to be about introducing new characters. While we doubt the Iron Man 3 after the credits scene will be Tony Stark chowing down on more  shawarma (unless Robert Downey Jr. has ownership in a chain of shawarma restaurants and has it in his contract), it could turn out to be another joke scene. Maybe Iron Man 3 will be a repeat of The Avengers where we get the big reveal during the credits with a bonus joke after the credits.