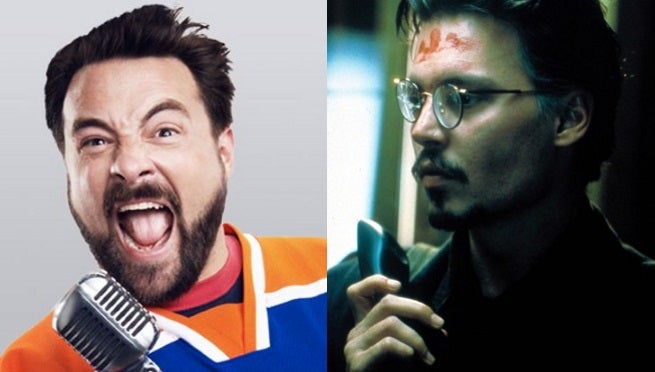 The Hollywood Reporter is reporting that Kevin Smith and Johnny Depp will join forces for a new film titled Yoga Hosers.

The film will follow two "yoga nuts" with matching name, Colleen Collette (Lily-Rose Depp) and Colleen McKenzie (Harley Quinn Smith), and an after school job at a convenience store in Canada. The pair have to join forces with a famous Montreal man-hunter named Guy Lapointe (Johnny Depp) to combat an evil rising up from beneath Canada so that they can get to a 12th-grade party.

"People always ask me 'Are you ever going to make a comic book movie?'" Smith said. "This is it - but instead of yet another dude saving the day, our antiheroes are the most feared and formidable creatures man has ever encountered: two fifteen year old girls."

Kevin Smith Teaming Up With Johnny Depp For Yoga Hosers