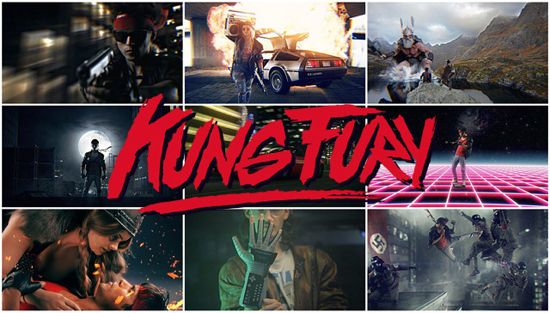 Yesterday, Comicbook.com reported on a movie project called Kung Fury, which had just released a trailer in an effort to raise $200,000 via Kickstarter to complete a thirty minute movie. Since our report, the trailer has gone viral and is circulating quickly via social media. The Kung Fury trailer has racked up over 1.2 million views on YouTube in its first day. Kung Fury  is an over-the-top action comedy that has its foundation in eighties cop movies, and the film features arcade-robots, dinosaurs, nazis, vikings, norse gods, mutants and a super kung fu-cop called Kung Fury. In just around a day, Kung Fury has reached its $200K funding goal that the director needed to complete the visual effects and release a 30 minute film for free online. However, there is a stretch goal of $1 million. If the director can raise $1 million, then Kung Fury will be re-written and released as a full-length feature film.