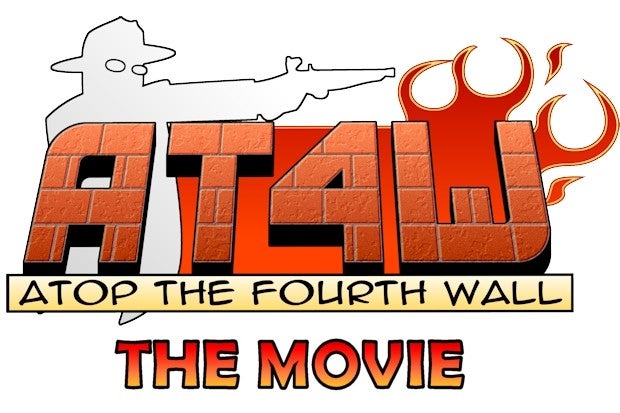 Writer, producer, actor and comic book critic Lewis Lovhaug has turned to IndieGoGo to crowdfund a feature film based on his popular webseries Atop the Fourth Wall.

In the series, Lovhaug stars as Linkara, a comic book reviewer who operates on board a spaceship called Comichron 1 and battles a variety of cosmic threats. He plays numerous characters on the series, other producers and performers from Channel Awesome, the family of websites of which his show is a part, also appear. Linkara reviews bad comic books, old and new, providing a snarky commentary track for comedic value as well as analytic (think Mystery Science Theater 3000, which he often references).

He's currently got four weeks left on the IndieGoGo campaign, which is about $5,000 away from being funded. The budget he's seeking -- $40,000 -- will go primarily to paying other performers, crew members and building a practical set (his webseries is shot on green screen). Photography is expected to begin in April for planned release on DVD and streaming in the fall.

We spoke with Lovhaug about the upcoming film, plans to crowdfund it and what impact it might have on the series going forward. 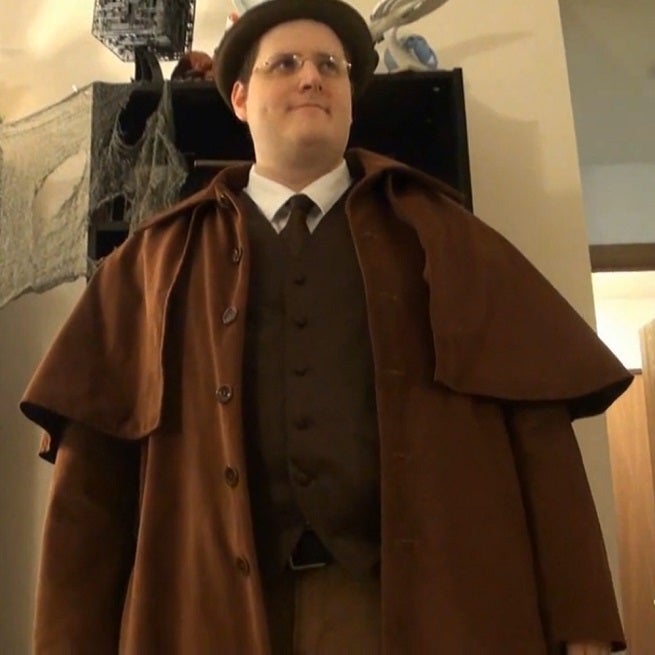 The Atop the Fourth Wall storyline is structured around comic book reviews, but is there room -- or a desire -- to fit them into a feature that really revolves around advancing the Linkara plot?

In terms of having a review itself? Not really. The fact that Linkara reviews comics is part of the plot and his character, but it's not the driving force of the story. The Angry Video Game Nerd movie revolved around the entire idea of him reviewing a single game, but there isn't really that same kind of fervent desire for a single specific review that EVERYONE wants to see out of Linkara. Plus the reviews themselves tend to be twenty minutes long on average these days. While it'd be possible for me to shorten it up for the movie, there's no real place for it there.

DVD extras, on the other hand…

What have you taken away from the previous Channel Awesome movies that will help you with the feature?

Aside from story elements that will continue to be carried over from them (since I see the Anniversary films as being "in-continuity" so to speak), I've taken away the ability to do things fast.

The people I'm working with on this movie are talented, driven people who are good at what they do and can be called upon to go above and beyond the call of duty. That being said, a big lesson I've taken away from To Boldly Flee is that you can only push your people so far. As such, I will actually be paying them for their time, which was sadly something that really couldn't be done with the Anniversary films for a number of reasons.

There are fans on YouTube who have already cut out all the review stuff and edited together uncut versions of your story. Have you ever thought about making that something that's commercially available?

I have! And I keep thinking one of these days I'll do just that, but then I end up working on other things. It's even more difficult to do that with the earlier stuff – the original Dr. Insano stuff wasn't really a full metaplot, it was just occasional skirmishes with him, introducing elements of the show here and there like the magic coin or a fight with a Star Trek comic that came to life.

By the time we get to the Vyce arc, things have solidified a bit, but those early days are difficult to pick and choose what to put into a compilation video. Now, if you mean commercial availability as in a DVD? That's just not possible. A lot of the music used in earlier storylines is copyrighted, be it a Power Rangers theme Doctor Who music, or etc.

I'm better these days about using tracks I've bought that are royalty-free as well as keeping the raw video files, but the old days? I don't have the raw footage anymore of it, so I can't remix the audio.

I'm hoping to, though no promises. The big difficulty with the sets we're building will be storage – they're going to be fairly large and I don't have the space to put them anywhere, plus the additional components that we'll be adding in. That being said, I WILL be looking into storage as well as potentially rolling them out for filming storyline stuff down the road. Otherwise I'll be taking looooooooots of pictures of them to use as green-screen shots.

During your Shut Up and Talk interview with Doug Walker a while back, you addressed the idea of your having a "big ego." Does that help when you're trying to write Linkara as a guy you have to depict, who also is kind of a jack of all trades of badassery?

Indeed! The important thing when it comes to having the ego is KNOWING I have the ego. I have to make sure Linkara doesn't just always win every battle easily, that he runs into setbacks, makes mistakes, or does other things that ensure he doesn't get his God Mode switched on. A badass triumph is only as effective as it is all the hardship one has to go through in order to get to it.

I feel like the budgetary limitations on Atop the Fourth Wall have inspired some real creativity in terms of your ability to make something out of almost nothing. Expanding to a feature length, you're only looking for $40,000...which is probably less than it sounds to most people. What will the similarities and differences be there?

Mostly in the effects department, plus in getting out of the apartment (unless we don't make the $40,000 goal, but still have enough to make the film). We'll have actual crewpeople on hand who can do camera operation, which is usually a luxury with Atop the Fourth Wall due to only having so many people on hand to do anything more than let the camera sit on a tripod. The fight scenes will hopefully be more impressive, be it physical brawls or spaceship battles, and like I said – being in other locations than are normally seen on the show. The writing will be on the same par, hopefully – with goofy jokes and in-jokes or emotional stuff.

Have you ever felt bad later about something you've said on the show? I vaguely remember someone -- I think the Nostalgia Critic -- saying that after they met somebody, the person was such a sweet person that he felt kind of bad about having put him on blast.

Oh, plenty. I usually go over that kind of thing in the Top 15 Screw-Ups videos – mostly it amounts to using an offensive term that I was unaware was offensive or being inconsiderate or that sort of thing, but most people are good enough to call me out on it and explain why I'm wrong and I'll apologize for my errors.

Will we see any of the long-running stories draw to an actual conclusion in the film, or is this kind of a one-shot?

Not a chance will this be the ending! I have ideas for the next three or so storylines after the movie. Heck, the next one will probably be the biggest I've done… and as such I couldn't do it concurrently with the movie, hence why it's getting pushed back until the movie's finished.

Do you have an idea of how the show will be different after the film, and/or would your long-term story plans change if the film wasn't funded?

Linkara's character may undergo some transformations, though how obvious that'll be to the average viewer is debatable. The main storyline itself won't be DEEPLY affected, but I do have other ideas down the line that stem from the movie that I can probably change if it doesn't end up happening, but for now, it'll be fine as it is.

Lewis Lovhaug Talks Crowdfunding the Atop the Fourth Wall Movie