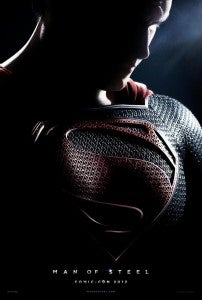 In a wide-ranging interview with Collider that went live this morning, Man of Steel actress Amy Adams, best known for her comedic roles, was put on the spot as to whether her take on Lois Lane would be infused with humor, or whether we could expect her to be played more straight. Adams didn't answer that directly, but did touch down on one of the other important parts of Lois's identity--her professional interplay with Clark Kent. "I think she is a little more…we will have to see," said Adams. "I don't know. I mean, she is definitely a pistol still and she definitely gets herself in a lot of trouble still. But she is not as competitive, I would say, with Clark." This, of course, jives with the comic book version right now, where the two are not a couple, but neither are they particularly competitive. Lois seems to see Clark mostly as a professional cautionary tale as to what can happen when you allow your ideals to get too much in the way of success. The similar depictions aren't surprising, given allegations that Warner Brothers and the people behind Man of Steel have been actively involved with the Superman titles since at least the New 52 relaunch. Adams was also asked about the more general experience of playing the iconic role, and said (like Michael Shannon, who plays Zod, has said) that Henry Cavill's performance is going to impress the audience. "Henry [Cavill] – I hope you guys love him as Superman – worked so hard. He is just yummy and really committed to the role. He really did a good job. I haven't seen the final cut and I have only seen a couple of the teasers. So I am with you guys. I know it because I was there but there was so much that I wasn't involved in that I can't wait to see."

Man of Steel's Lois Lane Will Be "A Lot of Trouble"