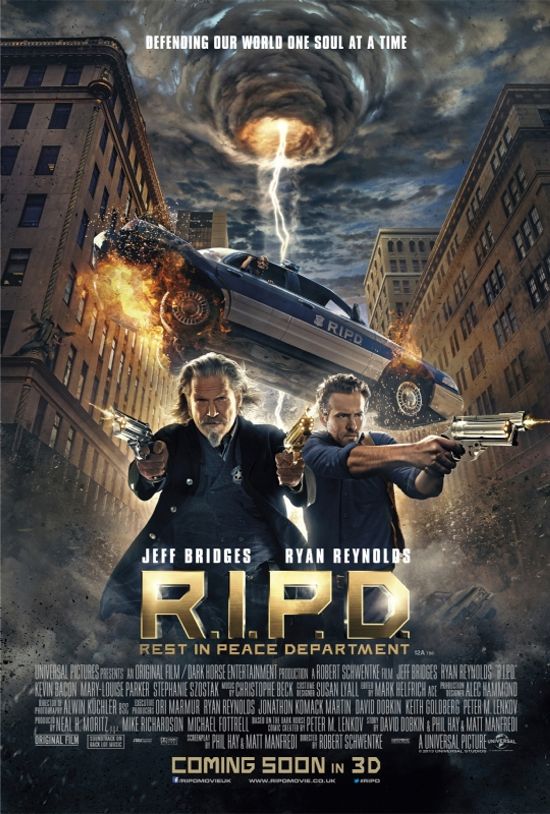 Universal has released a brand new poster for R.I.P.D. (via Empire), which features stars Ryan Reynolds and Jeff Bridges. Kevin Bacon and Mary-Louise Parker. The poster contains the tag line, "Defending our world one soul at a time." Based on the Dark Horse mini-series, R.I.P.D. (short for "Rest In Peace Department") is Peter Lenkov's comedic amalgam of the police and zombie genres featuring two dead police officers whose job it is to help the dead "rest in peace." R.I.P.D. is scheduled to be released in movie theaters in the United States on July 19, 2013.