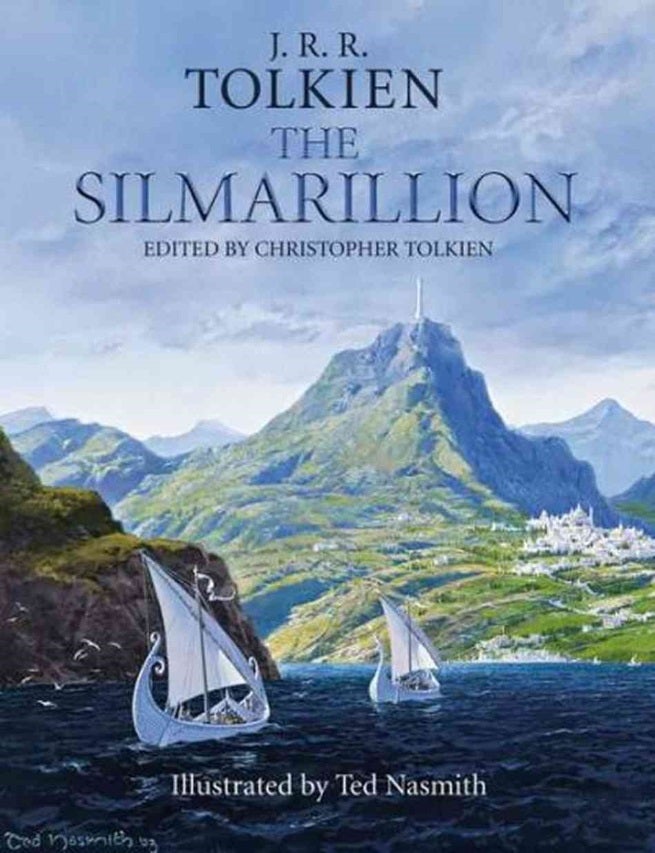 With The Hobbit: The Battle of the Five Armies capping off The Hobbit trilogy - and finishing out what Jackson thinks of as a six-part set of films, that includes Lord of the Rings - it would seem that his time in Middle-earth is at an end.

However, some fans wonder if there isn't one more work of Tolkien that Jackson could adapt to film. The Silmarillion, something of a history of Middle-earth that precedes both The Hobbit and Lord of the Rings, remains unfilmed.

Speaking at a press conference at Comic-Con International: San Diego, Jackson says The Silmarillion is likely to remain unfilmed.

"The Silmarillion's really simple," Jackson said. "J.R.R. Tolkien sold the film rights to The Hobbit and The Lord of the Rings in the 1960s. The Silmarillion wasn't written yet. It wasn't even written in his lifetime. It was written by him and, partly, his son finished it after his death and published it after the professor had died. So, the film rights are with them, and the estate doesn't have any interest in discussing film rights with anybody. So that's the situation there. They're not as untangled as The Lord of the Rings and The Hobbit."

Being that The Silmarillion's historical tone, it doesn't immediately seem to lend itself to filming anyway. Not to mention that, as Jackson mentions, J.R.R. Tolkien did not complete The Silmarillion himself. Instead, it was finished by his son, Christopher Tolkien, who sometimes had to create new material himself to fill in gaps left by his father. That would make The Silmarillion the first of Tolkien's works that was not entirely created by Tolkien himself to be adapted - though Jackson hasn't been hesitant about adding his own creations to Middle-earth's film mythos.

The Hobbit: The Battle of the Five Armies opens December 17.

Peter Jackson On The Possibility Of A Silmarillion Movie