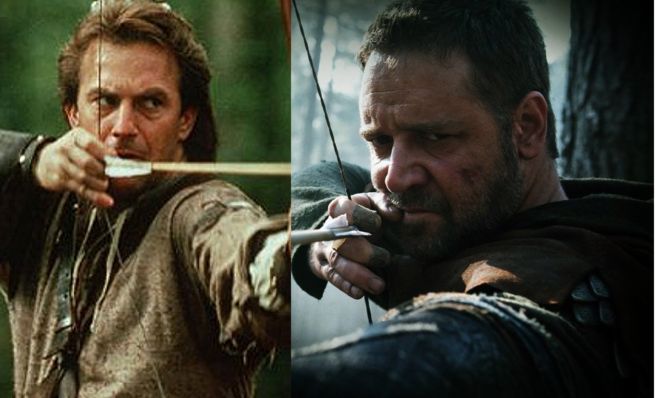 It seems that all the studios want to follow the Avengers model on pretty much everything. Warner Bros. is developing their DC Entertainment properties into a cohesive movie universe. Fox is building out their X-Men universe.

And now comes word that Sony Pictures is interested in building a Robin Hood universe. According to The Hollywood Reporter, Sony is in process of buying a pitch called Hood for seven figures, which involves building a Robin Hood franchise universe in the style of The Avengers. The plan reportedly involves a series of movies focusing around Robin Hood and his Merry Men: Little John, Friar Tuck and Will Scarlett.

How you build an Avengers-style universe around what consists of once central character is somewhat of a mystery. Considering that Marvel Studios hasn't even given their archer hero Hawkeye a solo movie, could any of Robin Hood's supporting cast carry their own solo movie?

So, maybe the answer is why Sony is willing to pay a reported $1 million against $2 million for the pitch. The tone of the story is being described as like Mission: Impossible and Fast & Furious, and Cory Goodman and Jeremy Lott, who have a lot of projects in the works at other studios with big name stars attached, are behind the pitch.

Both Kevin Cosntner and Russell Crowe have starred in past Robin Hood movies, but there is nothing to indicate that either actor is involved in this new Robin Hood pitch.