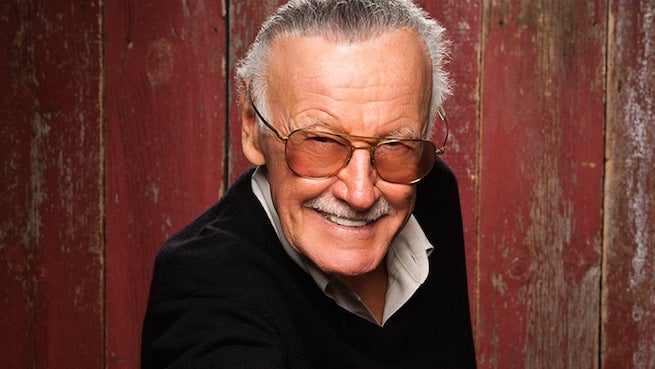 Stan Lee created many of the character that are making their way to theaters in Marvel Studios movies. DC Comics is getting ready to build their own shared movie universe for their character, but Lee feels lie DC is going to have to work overtime to catch up with Marvel.

"DC, of course, is trying to catch up to Marvel," Lee tells the Toronto Sun at the recent GIlette/Stark Industries event. "More power to them. It's good if everybody does well, but they're certainly starting from a ways back. They have a lot of catching up to do. But (the problem is) Marvel has so many heroes. DC just has Superman, Batman and maybe Wonder Woman. Perhaps they'll use The Flash. Green Lantern wasn't very successful, but we'll see."

DC does indeed plan to bring the Flash and Green Lantern to the big screen, along with Aquaman and Cyborg as well.

DC will being trying to "catch up" to Marvel with Batman v. Superman: Dawn of Justice. The first trailer for the movie is expected to release officially during the IMAX event on April 20, and the film opens in theaters March 25, 2016.