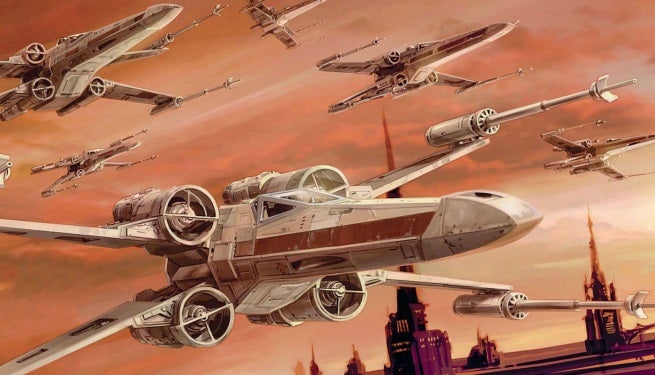 The French composer first revealed the information to radio program Radio Classique's Culture Club. Desplat has collaborated with Rogue One director Gareth Edwards previously, on 2014's Godzilla. Desplat won the Academy Award for scoring The Grand Budapest Hotel, and has been nominated six other times for films like Argo, The Imitation Game, and The Fantastic Mr. Fox. Additionally, he's worked on the Twilight and Harry Potter franchises.

Rogue One was announced during a Disney shareholder meeting last week. The film has Edwards at the helm, and he'll direct from a script written by Chris Weitz. Felicity Jones will play the lead role. Details on the film's plot have been kept under wraps for now, but the title suggests it will involve the elite Rebel Alliance flight squad Rogue Squadron, which has counted Luke Skywalker and Wedge Antilles as its members.

Rogue One is scheduled for theatrical release on December 16, 2016, and is expected to begin filming this summer.

Star Wars: Rogue One To Be Scored by Alexandre Desplat