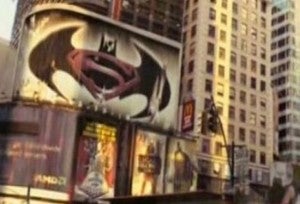 If there's one thing that everyone in our comments threads, on our social media pages and in our e-mail boxes has wanted to talk about this week, it's the Superman vs. Batman movie. Of course, what are we supposed to do with that? It's going to be rare that we hear anything for the next six months or so, in all likelihood. The film is still in pre-production and while certain things--casting the new faces, for instance--are likely going forward in some capacity at Warner Bros. it will be very surprising indeed if we actually hear anything about it before the script is done. There are a lot of questions about this production, from how exactly they'll justify a "versus" movie without making one of the heroes into a villain to what this means for other, non-team-up Man of Steel sequels down the road. So we decided that we'd loop all of you in on what we're most curious about, since everyone wants to talk about this movie and there isn't that much concrete to talk about just yet. 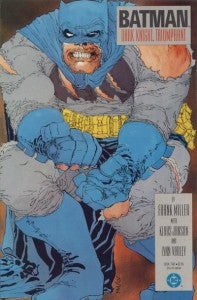 How much Batman will we get? If the movie really is going to be called Batman vs. Superman, as domain names would have us believe so far, one would assume that there will be a fair amount of Batman in it, right? But it's a Man of Steel sequel and, according to the initial press release, characters like Perry White and Ma Kent will be returning. It's hard to picture a Superman vs. Batman movie in which Diane Lane has an awful lot to do, though, so one has to wonder what the split is. How much of this film is a "World's Finest" movie that will eventually build to Justice League, and how much of it is a straight Superman sequel? My gut tells me this is a Superman sequel, in which Batman happens to play a role. But if they're really toying with putting Batman's name in the title...! WHICH Batman will we get? Following on the heels of the Christopher Nolan Batman trilogy, there's been a number of fans speculating that we might not see Bruce Wayne in the Batman costume at all in this film. Joseph Gordon-Levitt has been repeatedly counted out of the Man of Steel franchise, but that hasn't stopped some conspiracy theorists from believing that we'll get a John Blake/Dick Grayson Batman in order to keep something like time with the Dark Knight films. 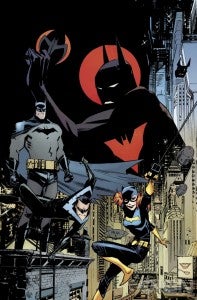 Some have even suggested that Terry McGinniss, whose "power suit" would make him a formidable adversary for Superman, might pop up. We find all of that pretty silly, though; it's virtually impossible to imagine that they would be rebooting the DC Universe as a coherent whole in the movies--and doing so while tied to elephantine continuity from another timeline and franchise. No, folks, Bruce Wayne is the Batman unless something absolutely insane is going on. Why are they fighting? This, of course, is the million dollar question. Here's our thinking, and you can tell us if it doesn't sound right to you: David S. Goyer has said that Superman will deal with fallout from the third act of Man of Steel in the next movie--that he'll be coping with having had to kill Zod and with all the violence and chaos that the Kryptonians brought with them. What if Batman is a key part of dealing with that? Bringing in a character who's the peak of the human condition to basically say, "Okay, this is not acceptable. All these people died and all this stuff got wrecked so you and your alien buddies could have a dust-up on our planet, and now you need to mosey on down the road," isn't the most likely scenario of all time. ...And it could tie in nicely with another element we're expecting... 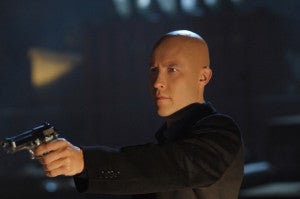 What role does Lex play? David S. Goyer had repeatedly made offhand remarks about Lex Luthor popping up in the next movie prior to the announcement that there would, in fact, be a next movie and that it would feature Batman. Will they put Lex on the back burner for another film in order to give Batman the kind of attention he warrants, or will  he still be part of the plot? Our guess is that if Batman gets paranoid about this powerful alien causing a threat to life and society, Lex Luthor can't be too far away. It sounds just like something he'd try and push to the Daily Planet, so what would stop him from pushing that same agenda on Bruce Wayne? Will we see Gotham? Gotham City was built up as a character in its own right during the Nolan era. To see it return to a kinda-sorta-gothic setting would be a little disappointing. If DC is going to introduce Batman in a Superman film in order to keep the coherent universe developing slowly, maybe they should consider having this be a Dark Knight Over Metropolis-type of story and introduce Gotham when they've got the time and space to do it right.