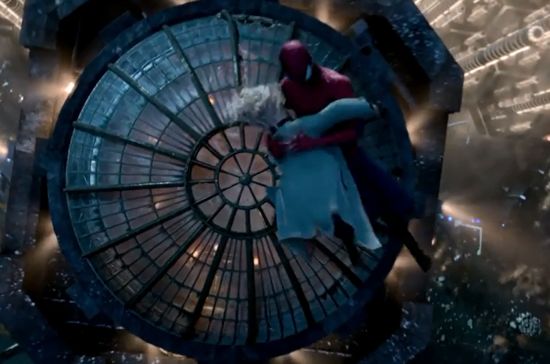 Sony Pictures has released the first part of their Amazing Spider-Man 2 Super Bowl trailer online early, and the trailer looks incredible. It's by far the best look at  the film so far. The trailer kicks off with Spider-Man falling through the air. In a voiceover, Jamie Foxx as Electro says, "You wanted to be the hero. Now, you've got to pay the price." After a brief glimpse of Electro is shown, Spider-Man is shown in battle with the Green Goblin. There's also a shot of an armored Rhino. The trailer ends with the cliffhanger of Spider-Man catching a falling Gwen Stacy. The Amazing Spider-Man 2 is set to be released in movie theaters on May 2, 2014.