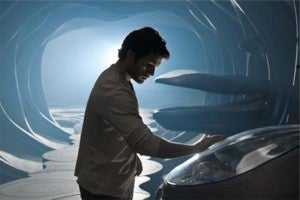 Warner Bros. appears to have opened up a huge can of worms with Man Of Steel by what they didn't do. As previously reported on Comicbook.com, director Zack Snyder did not include an after the credits scene in Man Of Steel. We ran the information as a public service for fans, but what we soon found out is that it was already too late for many fans. Quite a few viewers are seriously upset that they sat through the entire credits with no reward. Somewhere there is a room full of Marvel Studios executives gleefully laughing over the situation. Marvel Studios trained movie audiences to expect a little something extra during or after the credits in a superhero movie. To many in the general public it doesn't matter that Man Of Steel was a movie from a completely different  studio, they have come to expect to get a little tease with their credits in a superhero film. Some Man Of Steel viewers even told Comicbook.com that theater staff members told them to stick around for something extra after the Man Of Steel credits. Either those theater staffs were having a little joke at the expense of their customers or more than likely the theater staffs themselves were just taking it for granted that because it was a superhero movie that there would be an after the credits scene. The lack of a Man Of Steel after the credits scene is also being heavily debated on social media and social news sites. Some viewers are defending director Zack Snyder's decision not to include one, reminding everyone that Warner Bros. shouldn't be blamed for not following a Marvel Studios tradition. However, other viewers have pointed out that Green Lantern included an extra scene in the credits, so Warner Bros. should have anticipated the backlash that not including anything extra in the Man Of Steel credits would create. Other viewers have defended the lack of an after the credits scene in Man Of Steel by pointing out that there were a lot of Easter Eggs in Man Of Steel that served the same purpose of providing a tease of future DC Comics movies. However, one common complaint appears to be that Warner Bros. really missed what would have been a golden opportunity to create some additional buzz about the movie.

The Great Man Of Steel After The Credits Scene Controversy