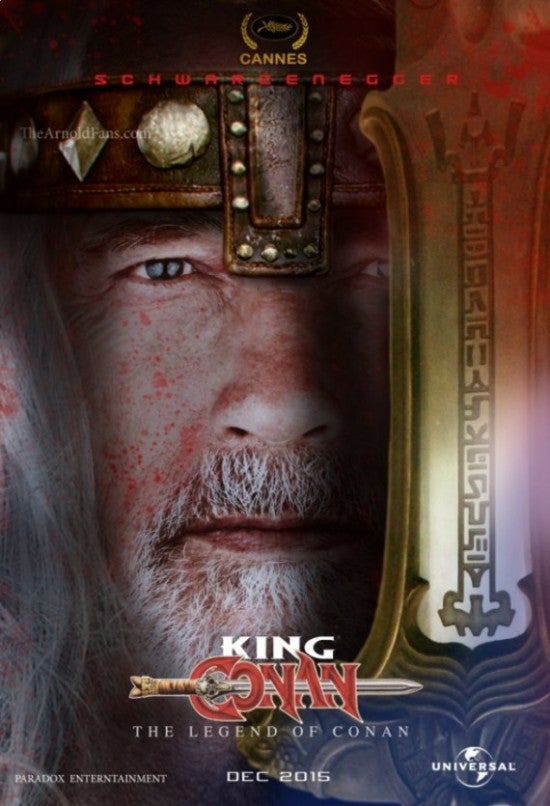 A teaser poster for Arnold Schwarzenegger's The Legend of Conan has been released, featuring a first look at the veteran actor and former California governor in his return to King Conan as well as a targeted release date for the film. Direct from Cannes, the poster has made its way wide online courtesy of TheArnoldFans, who tweeted it earlier today (embedded below). The film, which sees Schwarzenegger resume the role after a thirty-year hiatus following Conan the Destroyer, is apparently planning for a December 2015 release, which of course will put it out within a couple of weeks in one direction or the other of Star Wars Episode VII. The Legend of Conan is a return to the continuity of the original films in the hopes of repairing damage done to the brand by a long absence from the silver screen, followed by a poorly-received and low-earning 2011 installment starring Jason Momoa. That film will be disregarded for this, as will Conan the Destroyer, which was released in 1984 and starred Schwarzenegger, making The Legend of Conan a direct sequel to the original 1982 Conan the Barbarian in which Schwarzenegger starred. You can check out the tweet that made this poster public below. Universal has made no official statement yet.

The Legend of Conan Poster, Release Date Spotted at Cannes