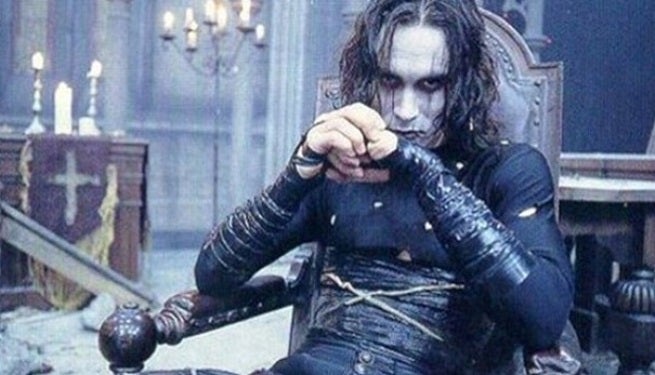 Edward R. Pressman Film Corporation, producer the original 1994 film adaptation of The Crow, has moved to deny Relativity Media the right to sequels, prequels, and remake of the film.

The move comes as Dana Brunetti, head of the Relativity following the studios restructuring during bankruptcy proceedings, removes director Corin Hardy from the project. Both Pressman and Relativity brokered a $150,000 holding deal with Hardy to direct, and pre-production on the new film began in August.

Pressman made a deal for the rights to The Crow with Relativity in 2014. According to court papers, that deal required Relativity to begin principal photography within three years, or the rights would revert back to relativity.

"[Hardy] is known for his visual flair, having a penchant for horror and dark subject matter," states Pressman (via THR). "The parties believed that Mr. Hardy was particularly suited to re-invigorate The Crow, which is based on a dark tale of revenge told originally in graphic novel form.

"Notwithstanding the importance of Mr. Hardy as reflected by [Relativity] management's securing and extending his services through the 'holding deal,' and notwithstanding the confidence in him shown by other studios, on or about January 27, 2016 – five days before the start of the confirmation hearings in the Relativity bankruptcy case – Mr. Dana Brunetti, purporting to act for or on behalf of RMLLC, summarily removed Mr. Hardy as director of the Picture."

Pressman's complaint claims that Hardy's removal was done without consultation, and therefore in violation of the terms of the agreement with Relativity.

"The action purported to have been taken by [Relativity] on Mr. Brunetti's initiative with respect to Mr. Hardy has undermined years of work expended by Pressman and has wasted valuable resources invested in the Picture," the legal papers continue.

Relativity's adaptation of the James O'Barr comic is scheduled to have Jack Huston play the lead role. Huston is replacing Luke Evans, who left the project after a long delay in development.