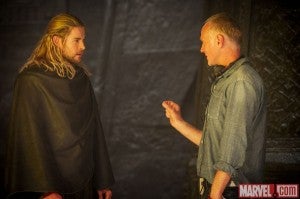 Alan Taylor, the Game of Thrones director who scored an impressive feature film gig this year as the helmer for Thor: The Dark World, will reportedly take on the upcoming reboot of the Terminator franchise, according to Variety. Arnold Schwarzenegger will star in the film, which Paramount have confirmed to be the first in a stand-alone trilogy, but it's unclear what role he will play. The film is not a continuation of the previous films, in which Schwarzenegger also starred. Hulk director Ang Lee and Looper's Rian Johnson were reportedly other candidates who were considered, but with whom the studio either couldn't come to terms or lost interest.