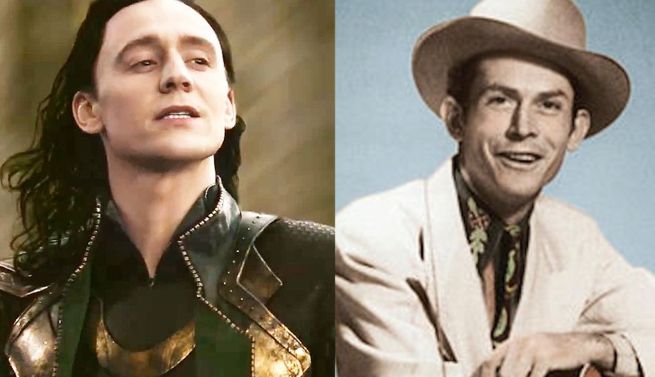 One of the reasons that Tom Hiddleston has become a fan favorite in pretty much every movie he appears in is because he knows how to work a crowd. At 2013 San Diego Comic-Con, Hiddleston captivated Hall H by giving a speech in character as Loki. At Disney D23 in 2013, Hiddleston became the highlight of the event by singing The Jungle Book's "The Bare Necessities."

Now, Hiddleston has once again captivated an audience with song. Over the weekend, Hiddleston made a surprise appearance at Michigan's Wheatland Music Festival, where he performed the Hank Williams' classic "Move It On Over." Hiddleston is set to star in a Hank Williams biopic called I Saw The Light, and judging from his performance, he should have no problems handling the role.

If you listen closely during the performance, you can hear someone telling his kid, "Look, he's right there. That's the guy who plays Loki in the Avengers."

As far as his Marvel Studios roles, Tom Hiddleston last appeared as Loki in Thor: The Dark World, and he is next expected to pop up next in Thor 3, but a release date has not yet been announced for that film.