The first official photos from Transformers 4 have been released, showing two Autobots. Paramount Pictures released the photos via Yahoo Movies. Michael Bay is once again directing the latest installment in the Transformers franchise, and production work has already kicked off in Monument Valley in the Navajo Nation near the border of Arizona and Utah. The blue and black Autobot is a 1,200-horsepower Bugatti Grand Sport Vitesse worth more than $2.4 million. The green and black Autobot is a special race-inspired C7 Corvette Stingray, based on Chevrolet's upcoming 2014 production car. Transformers 4 is scheduled to be released at movie theaters in the United States on June 17, 2014. 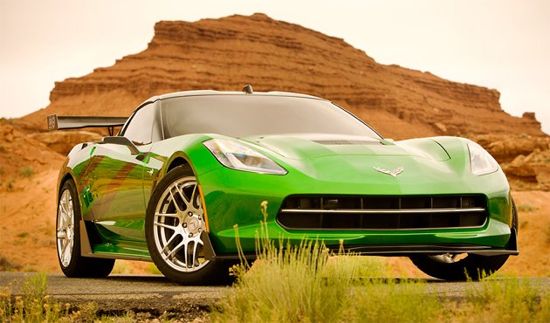